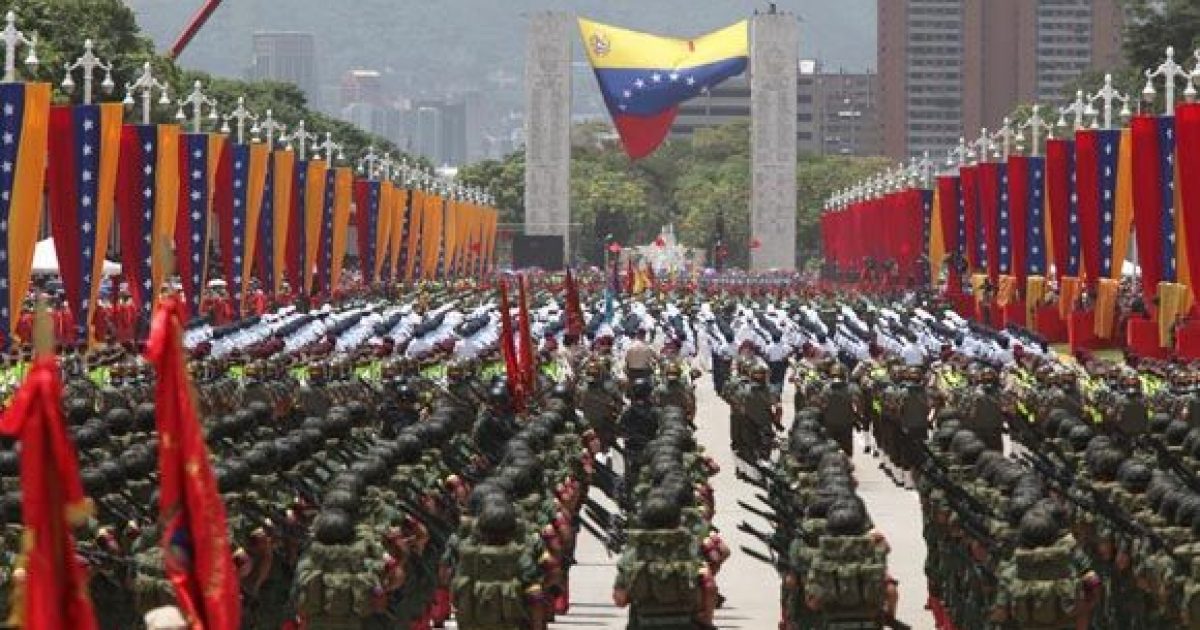 Venezuela, which has the largest proven oil reserves in the World, it attempting to bully its tiny next door neighbor, Guyana, for a well discovered by the Exxon-Mobil corporation in the Essequibo off-shore region.
Venezuela has had a territorial dispute with the tiny country since the early 19th century. In fact,

Venezuelan school houses to this day show the country of Guyana, not as a country on the map, but as a “claimed zone”.

After the oil discovery, Venezuelan president Nicolas Maduro claimed Venezuelan sovereignty over the Essequibo River waters, sparking the most recent round of diplomatic back and forth which has cause Guyana to petition the UN and put its military on full alert. Guyana’s top military chief, Brigadier General Mark Phillips commented:

Our armed forced will not sit idly by awaiting for  an illegal incursion… Any claim over Essequibo is illegal and illegitimate….We stand ready to defend our territorial integrity”