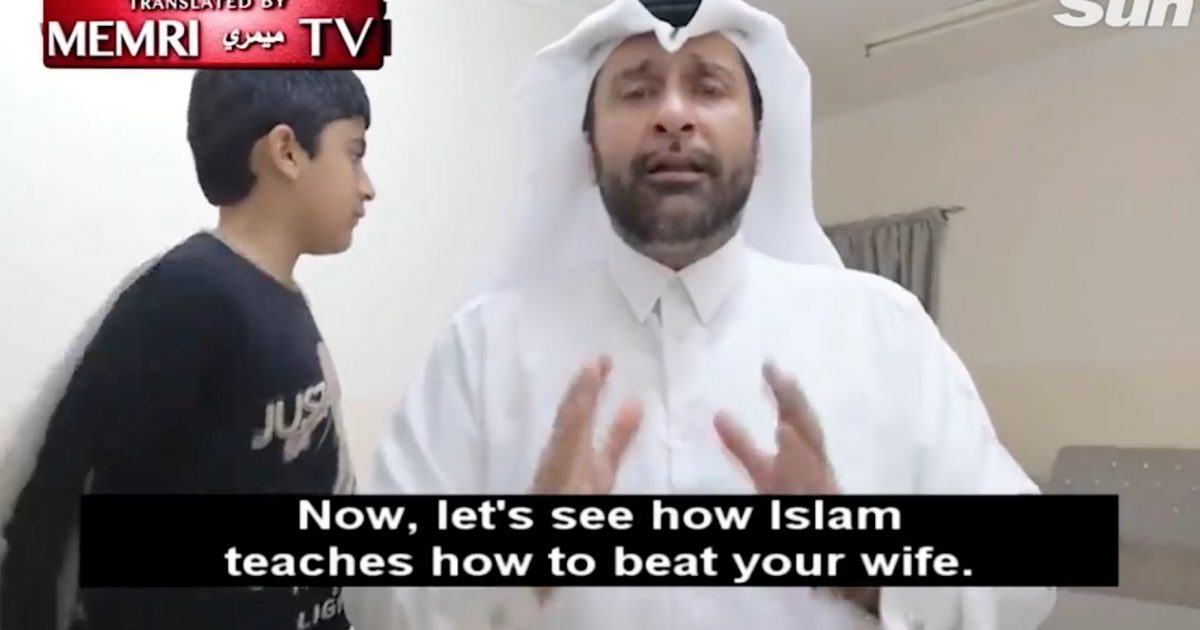 Just in case you are a married Muslim man and didn’t know how to properly beat your wife, Abd Al-Aziz Al-Khazrai, a Sociologist and Cleric from Qatar, just put out an instructional ‘How-to’ video on the proper Islamic way to beat down your wife.

According to The Sun, the cleric used a young boy as his subject to show how to discipline Muslim wives, but only “out of love.”

The cleric also pointed out that some Muslim women like to be dominated by “violent and powerful husbands,” but also makes it a point to say that Islam prohibits husbands from striking their wives in the head or face.