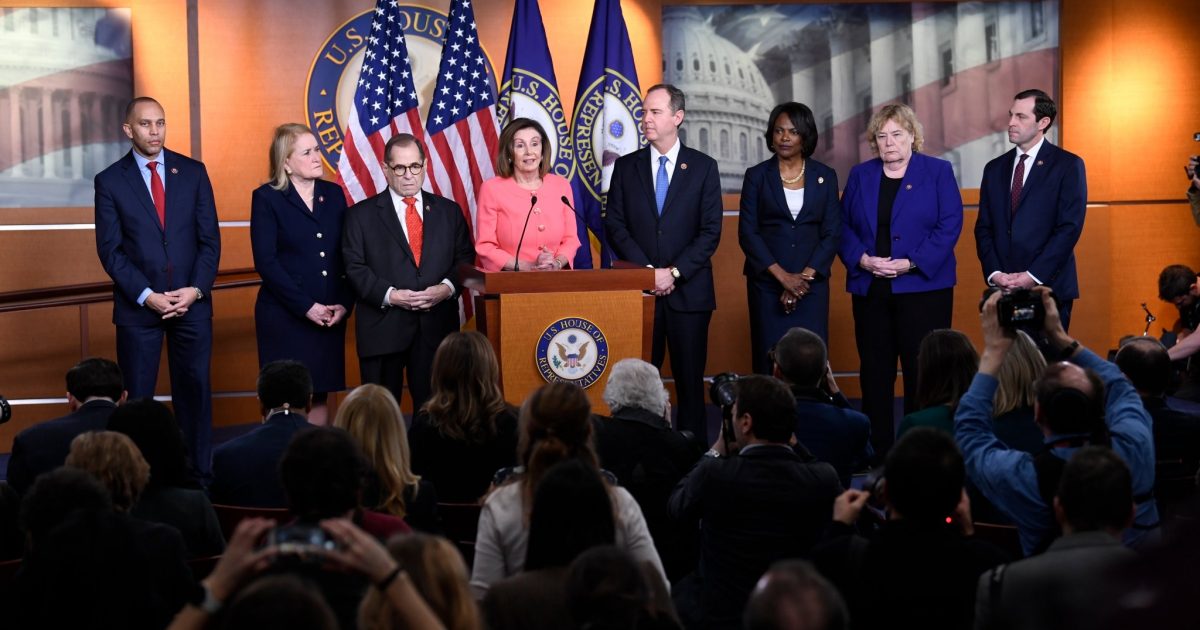 House Speaker Nancy Pelosi(D-CA) announced seven Democratic lawmakers on Wednesday who will serve as impeachment managers in the Senate trial against President Trump.

Today, I have the privilege of naming the Managers of the impeachment trial of the President. #DefendOurDemocracy pic.twitter.com/Y2613Ni3pC

After presenting the Democrats’ legal team, she noted the members she assembled were based on their experiences as litigators who are comfortable in a courtroom setting and making a strong, evidence-based case. The job of the impeachment managers in a Senate trial is to lay out the House approved arguments for removing the president from office.

Pelosi pointed out that Lofgren was also involved in Presidents Clinton and Nixon impeachment proceedings.

During Clinton’s impeachment in 1999, there were 13 House impeachment managers, all white men. Pelosi chose seven for Trump’s trial, with three of the members are woman.

The House voted Dec. 19 on two articles impeaching Trump for abuse of power and obstruction of Congress. Pelosi had delayed appointing the managers for nearly a month in an unsuccessful bid to get Senate Republicans to agree to a list of witnesses for the trial.

Trump hit back in a tweet after the announcement: “Here we go again, another Con Job by the Do Nothing Democrats. All of this work was supposed to be done by the House, not the Senate!”

Here we go again, another Con Job by the Do Nothing Democrats. All of this work was supposed to be done by the House, not the Senate!

White House Press Secretary Stephanie Grisham issued a statement following the announcement, saying Pelosi “focused on politics instead of the American people,” and that she “failed and the naming of these managers does not change a single thing.”

The House will vote this afternoon on the resolution appointing the managers Pelosi selected. Following the vote, the House managers are expected to deliver the articles to the Senate in person Wednesday afternoon.