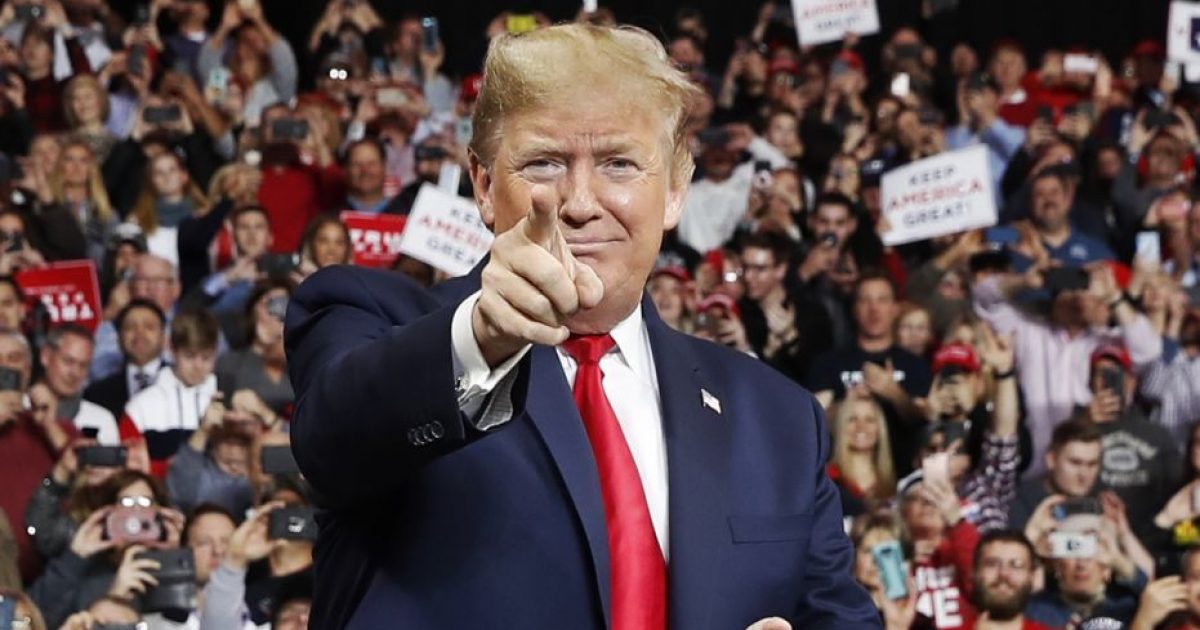 “During this campaign season, the good people of Iowa have had a front row seat to the lunacy and the madness of the totally sick left,” Trump said. “This November, we are going to defeat the Radical Socialist Democrats and win the Great State of Iowa in a Historic Landslide!.”

Trump’s rally, held at a packed 7,000-capacity arena at Drake University with some of his potential Democratic contenders were campaigning nearby. Three Democratic presidential candidates vying for success in the state are stuck in Washington for the impeachment trial.