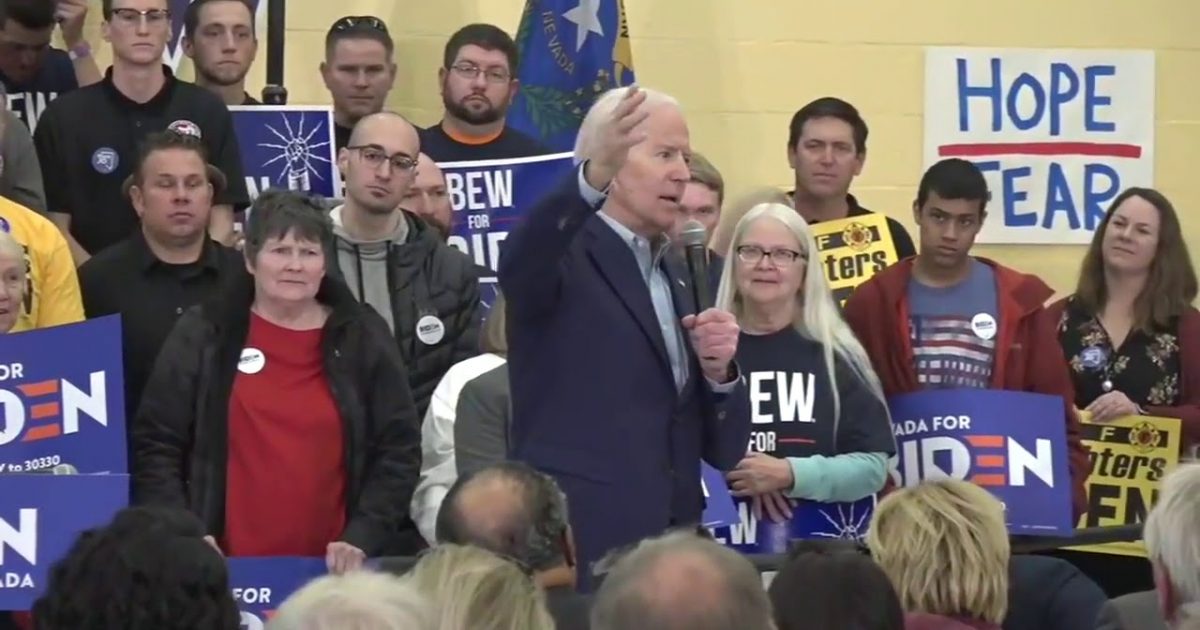 Former Vice President Joe Biden during a campaign rally in Reno, Nevada said that illegal immigrants in the Deferred Action for Childhood Arrivals (DACA) program are “more American” than most U.S. citizens.

“Once again, legalize all the DACA students. These DACA students are more American than most Americans are,” Biden said Monday evening. “No, I’m serious. Think about it. They come along when they’re eight-years-old and their mom says they’re crossing the … they don’t know where they’re from. They’ve never been (to their native country). They’ve been good, decent citizens and they’re great additions. By the way … you know our Social Security system is still solvent? Because of immigration. They didn’t cost us anything, they’re paying for it … and there’s a reason why it’s moving.”