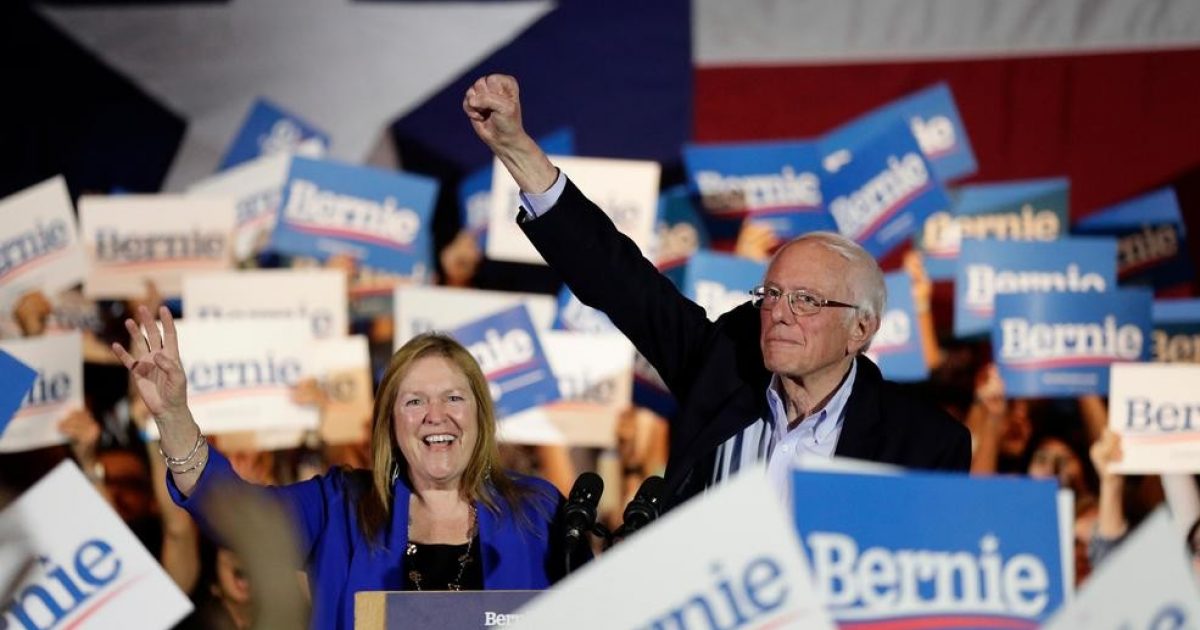 Sen. Bernie Sanders (I-Vt.) cementing his status as the front-runner for the Democratic presidential nomination after a strong showing winning the Nevada caucus Saturday night, giving him a continuous  momentum as moderate Democrats find it difficult to stop him.

“In Nevada we’ve just put together a multigenerational, multiracial coalition, which is going to not only win in Nevada, it’s going to sweep this country,” Sanders said to an enthusiastic crowd of supporters at a rally in San Antonio, Texas. “No campaign has a grassroots movement like we do, which is another reason why we’re going to win this election.”

“Based on what I have seen in Texas, don’t tell anybody, I don’t want to get them nervous, we are going to win the Democratic primary in Texas,” he predicted.