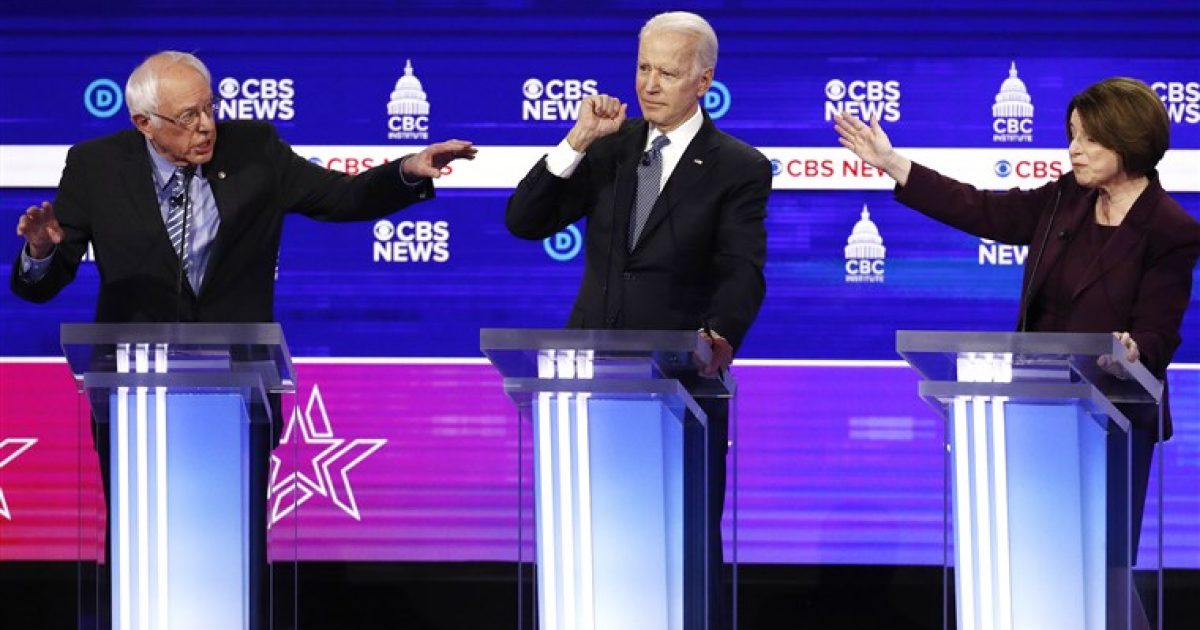 Shortly after the chaotic Democratic debate in South Carolina, the Trump campaign campaign called the party a “hot mess” as the seven candidates bickered and shouted over one other in fiery exchanges Tuesday night.

“The Democrat Party is a hot mess and tonight’s debate was further evidence that not one of these candidates is serious or can stand toe-to-toe with President Trump,” Kayleigh McEnany, the Trump campaign’s national press secretary, said in a statement. “The only thing that was clear in the chaos was that they’re all still running on Bernie Sanders’ big government socialist agenda. It doesn’t matter who emerges from the carnage, President Trump will dominate in November.”

Ronna McDaniel, chair of the Republican National Committee, also weighed in on the debate in a tweet, calling it a “complete chaos.”