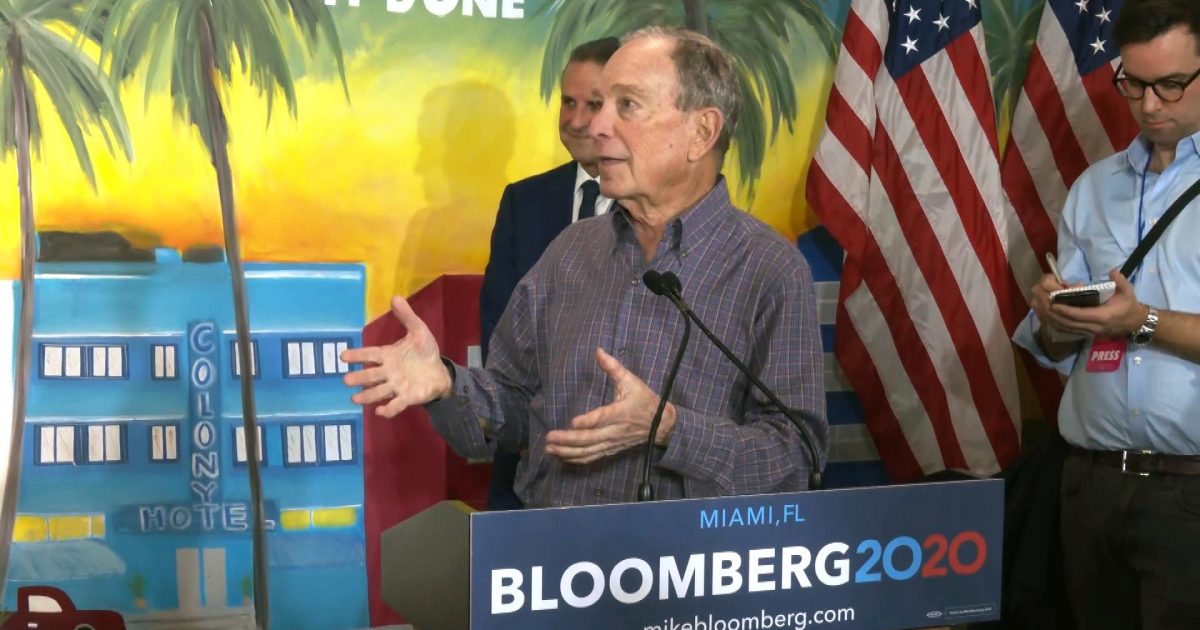 Former New York City Mayor Mike Bloomberg said the only way he could secure the Democratic presidential nomination would be through a contested convention.

“I don’t think that I can win any other ways,” Bloomberg told reporters in his Miami field office on Tuesday. “You don’t have to win states, you have to win delegates.”

“But contested convention is a democratic process,” he added. “There are rules in the Democratic Party of how you go about this. And I did see Bernie Sanders said all of a sudden he didn’t want to follow the rules. I find it offensive that Bernie Sanders, who the last time he ran was in favor of that kind of a convention, and now was opposed to it. I guess where you stand depends on where you sit.”