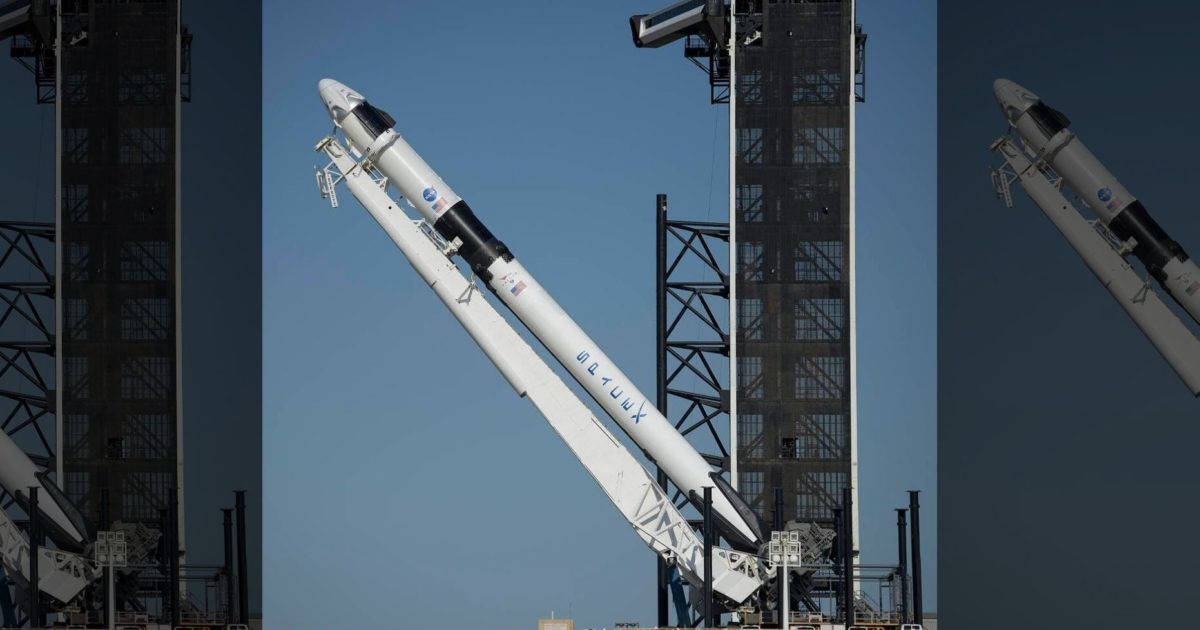 President Trump will attend the SpaceX launch at NASA’s Kennedy Space Center in Florida next Wednesday, to witness the launch of Americans into space for the first time in nearly a decade from American soil.

SpaceX’s Falcon 9 rocket and Crew Dragon spacecraft are scheduled to fly on May 27 at 4:33 pm ET, lifting off from the Kennedy Space Center complex at Cape Canaveral for a months-long mission on the International Space Station. NASA Astronauts Doug Hurley and Bob Behnken will launch on SpaceX Crew Dragon capsule on a SpaceX Falcon 9 rocket, owned by tech billionaire Elon Musk, who founded SpaceX and the electric-car company Tesla.