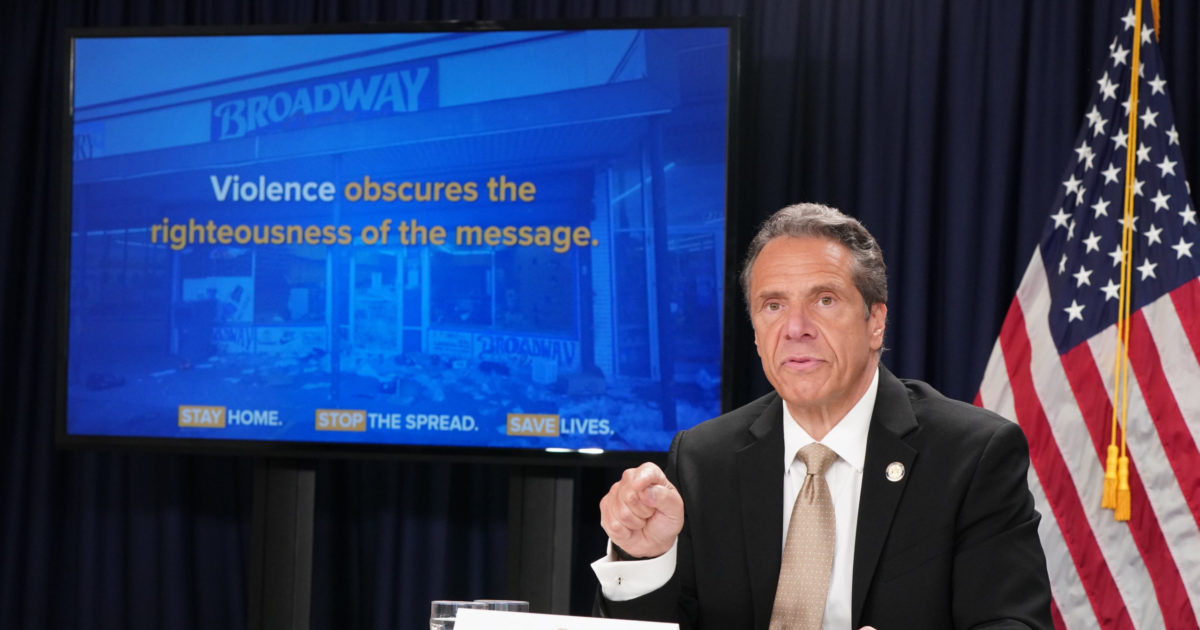 “The president wants to make it a reality TV show of God and country,” Cuomo said in an interview with CNN’s OutFront. “Call out the military and then I go to church and hold up a Bible. We understand who he’s trying to appeal to and the base he’s trying to rally with the military and believe of God and I hold the Bible, but that is not what is happening in this country today.”

The Democratic Governor also ripped into the president promise to mobilize the use U.S. military around the country to deal with civil disorder that has erupted in chaos over the death of George Floyd’s death in the hands of police custody.