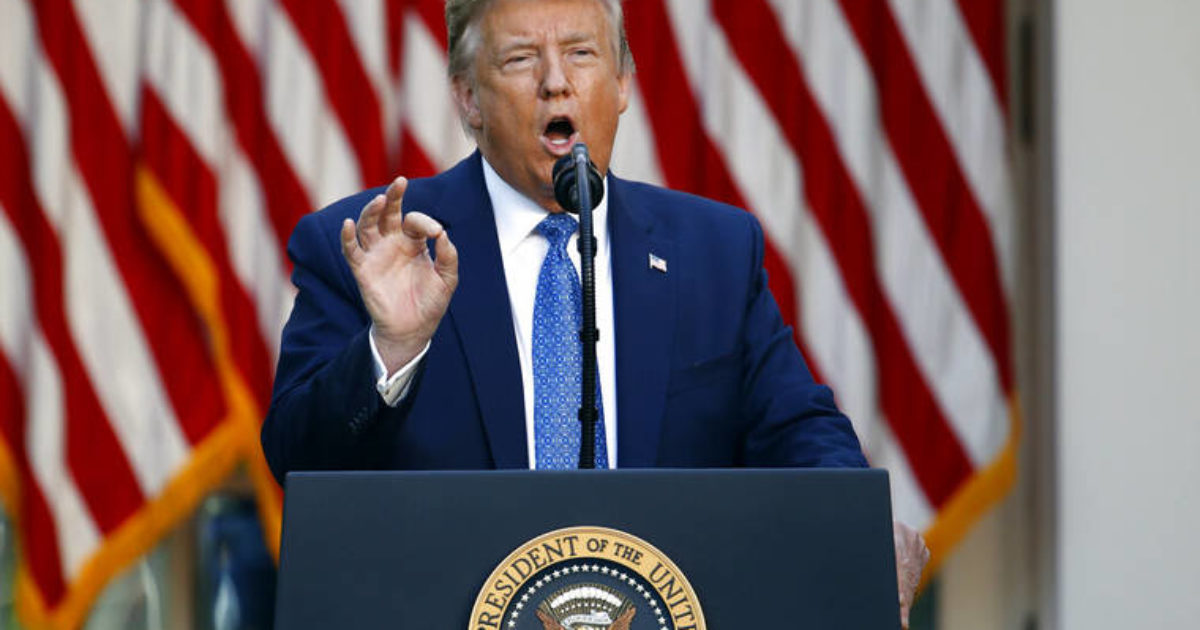 President Trump announced that he is taking “immediate presidential action” by mobilizing federal resources to stop the violent protests that have swept the nation for days and threatened to deploy the military if states don’t send in the National Guard.

“I am mobilizing all federal and local resources, civilian and military, to protect the rights of law-abiding Americans,” Trump said in a brief statement delivered from the Rose Garden of the White House Monday evening. “We are ending the riots and lawlessness that has spread throughout our country. We will end it now.”

In invoking an 1807 Insurrection Act to mobilize the military around the country to deal with civil disorder, Trump said his measures would be effective “immediately” and has “strongly recommended” that every governor deploy the use of their National Guard in “sufficient numbers.”