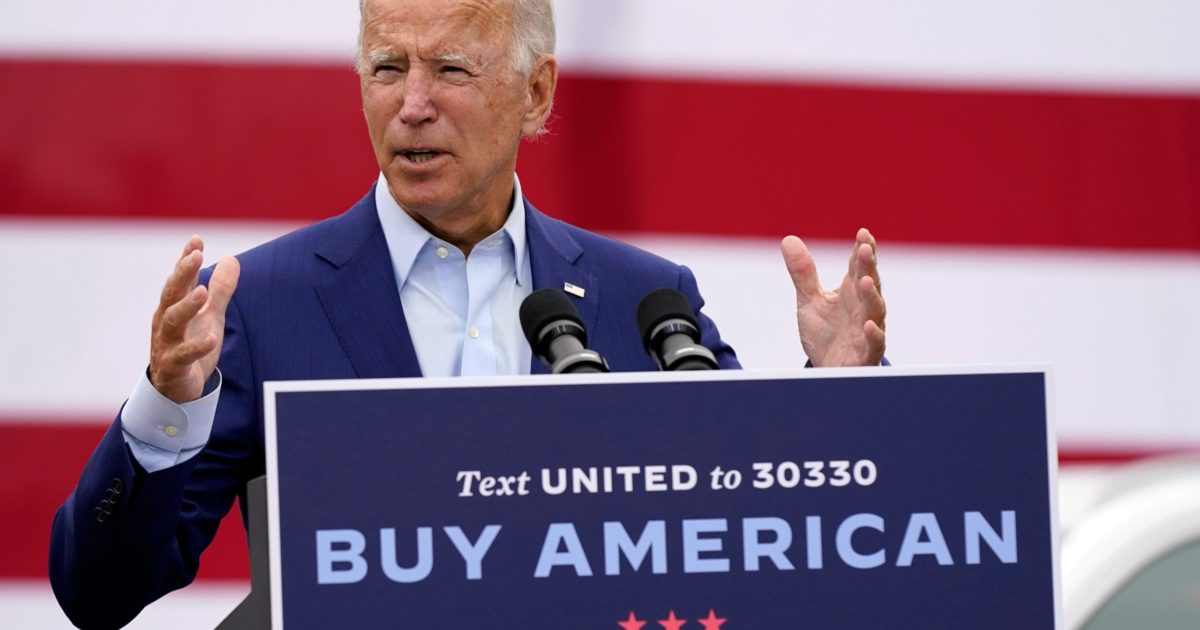 Democratic presidential candidate Joe Biden responded to new revelations from a forthcoming book by Washington Post columnist Bob Woodward, slamming President Trump for “knowingly and willingly lied” about the threat of coronavirus pandemic weeks before it ripped through the nation.

“We’ve just learned from the Washington Post columnist Bob Woodward that the President admitted on tape in February that he knew that COVID-19 passes through the air,” Biden said at beginning of his speech during a campaign event in Warren, Michigan. “He knew how much more deadly it was than the flu. He knew and he purposefully downplayed it. Worse, he lied to the American people. He knowingly and willingly lied about the threat it posed to our country. For months.”

Biden devoted the majority of his campaign event focusing on attacking Trump instead of unveiling his “Buy American” economic plan, what the campaign billed the campaign event but didn’t publicize the location. During his remarks, the former Vice President accused Trump of purposely lying to the American public and blamed him for costing Americans lives as well as for the economic downturn.