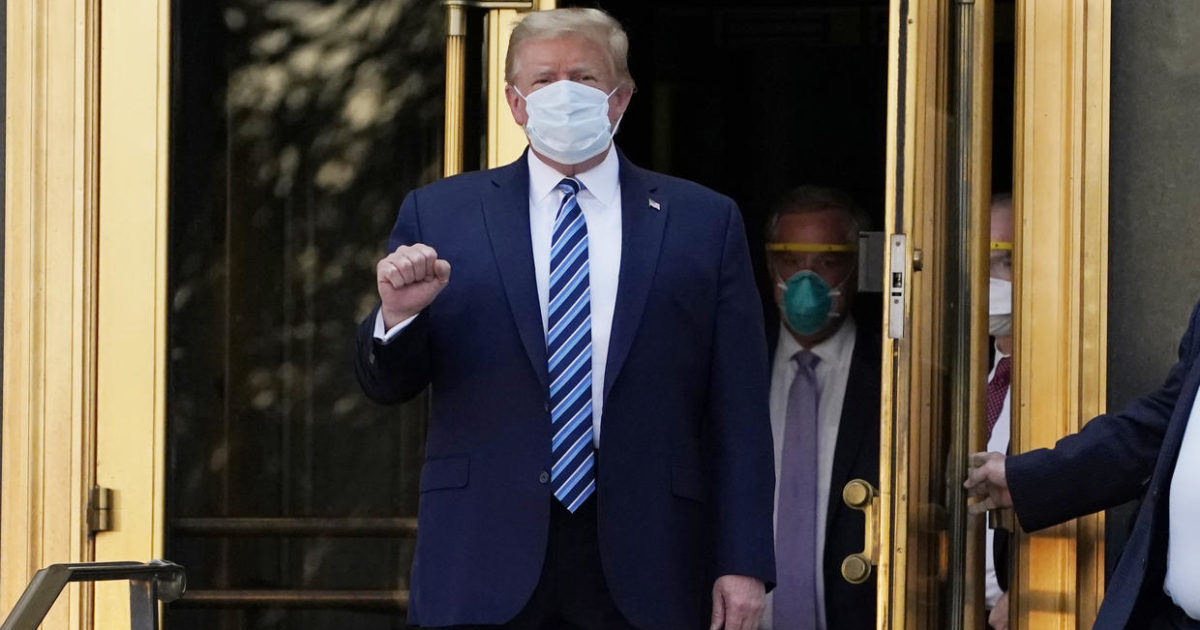 President Trump returned to the White House Monday evening after spending three-day being treated for COVID-19 at Walter Reed National Military Center, released an upbeat video message telling Americans not to be afraid of the virus.

Trump said when he revealed his positive diagnosis last Friday that he “didn’t feel so good” but two days later after receiving treatment at Walter Reed he started to feel “better than he did 20 years ago.”