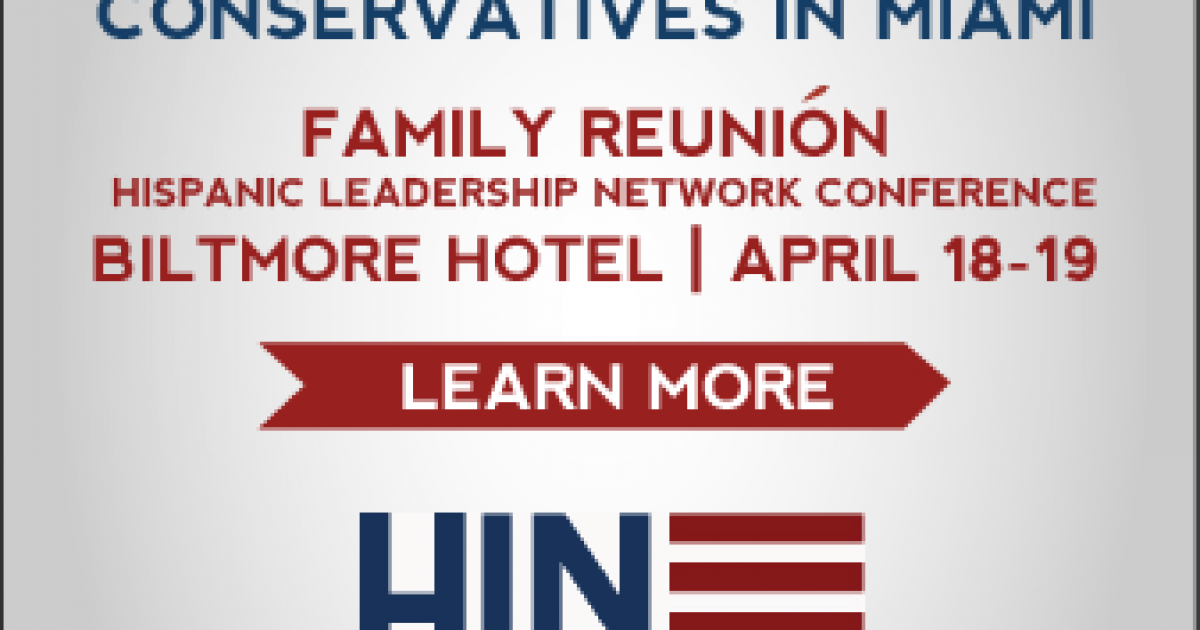 Hispanic Conservatives converge on Miami on April 18th and 19th for the annual  Hispanic Leadership Network conference that will be held at the Biltmore Hotel in Coral Gables, Florida.

The event is co-chaired by former Florida Governor Jeb Bush and Secretary Carlos Gutierrez, and usual draws out the who’s who of Hispanic politics. Over the past couple of years, the conference has been able to draw top national figures like, Senator Marco Rubio, Governor Mitt Romney, Newt Gingrich, as well members of the U.S. Congress and numbers state and local elected officials.