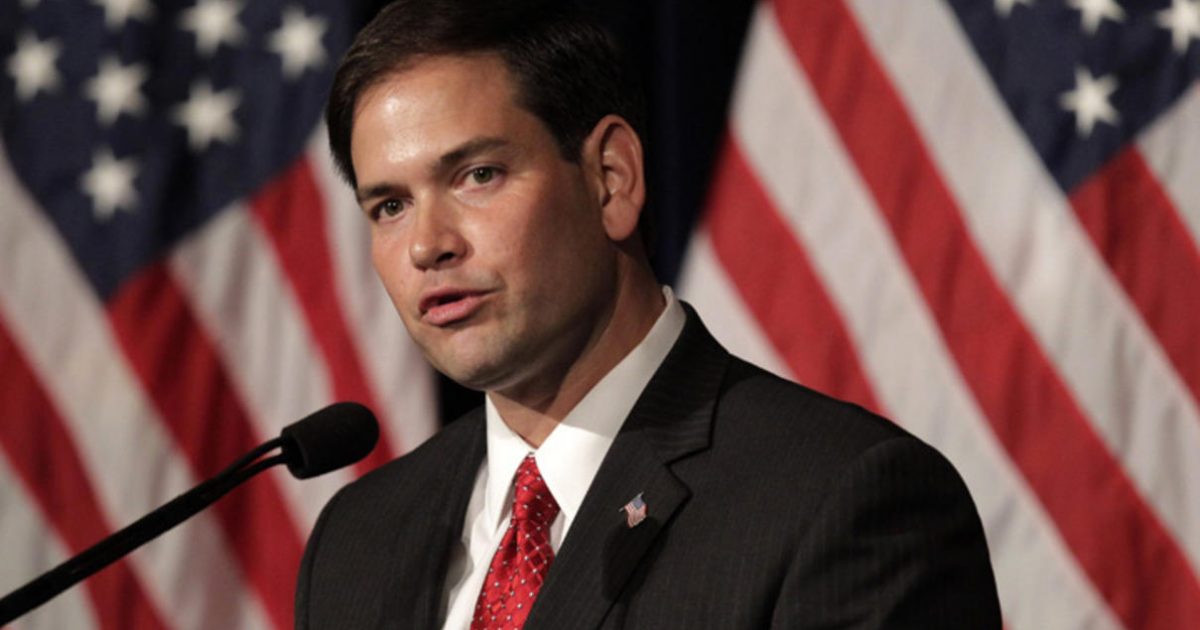 After the historic deal struck yesterday by the Obama administration with the Islamic Sate of Iran, Senator, and 2016 presidential hopeful Marco Rubio was quick to hit back.

“Based on what we know thus far, I believe that this deal undermines our national security. President Obama has consistently negotiated from a position of weakness, giving concession after concession to a regime that has American blood on its hands, holds Americans hostage, and has consistently violated every agreement it ever signed. I expect that a significant majority in Congress will share my skepticism of this agreement and vote it down. Failure by the President to obtain congressional support will tell the Iranians and the world that this is Barack Obama’s deal, not an agreement with lasting support from the United States. It will then be left to the next President to return us to a position of American strength and re-impose sanctions on this despicable regime until it is truly willing to abandon its nuclear ambitions and is no longer a threat to international security.”