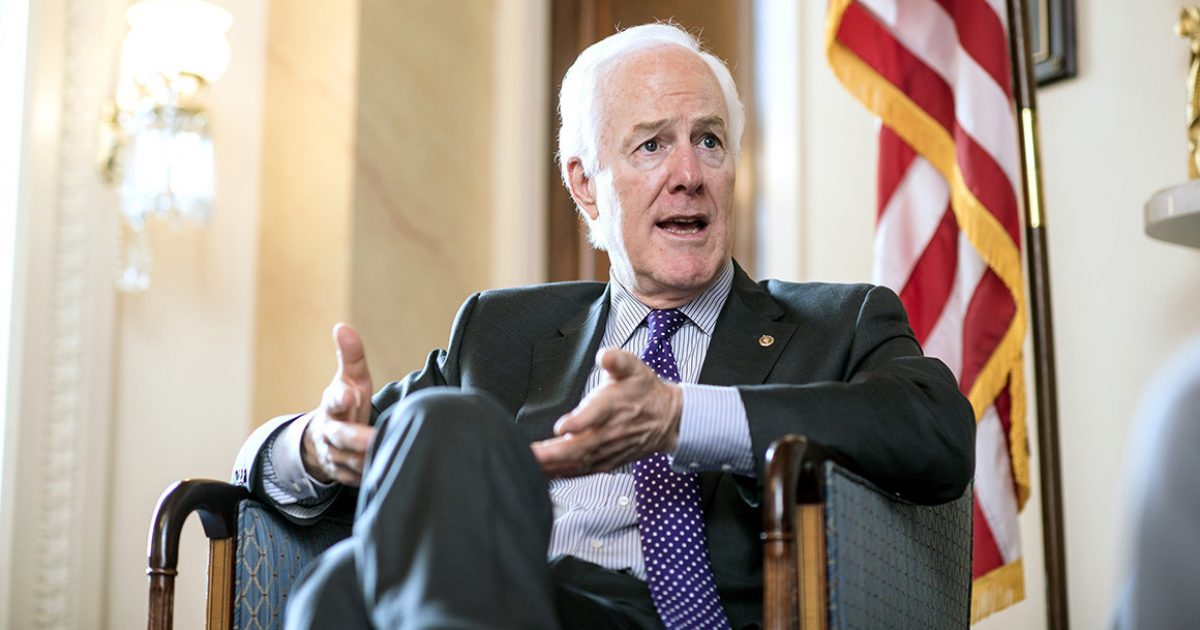 As the tension rises with the proposed “wall” continues, as well as the constant coverage on the state of the government during and after the government shutdown, Senator John Cornyn (R-TX) shares with reporters his perspective in terms of the potential decision the president and his administration might make in the very near future.

Despite Donald Trump having provisions already in law where congress authorized the spending for border security, it is evident that this objective has not been fulfilled.

“I just think, given the fact that he’s probably going to get sued and this will end up in litigation and balled up for months, if not years it’s really not a practical solution to the problem.”