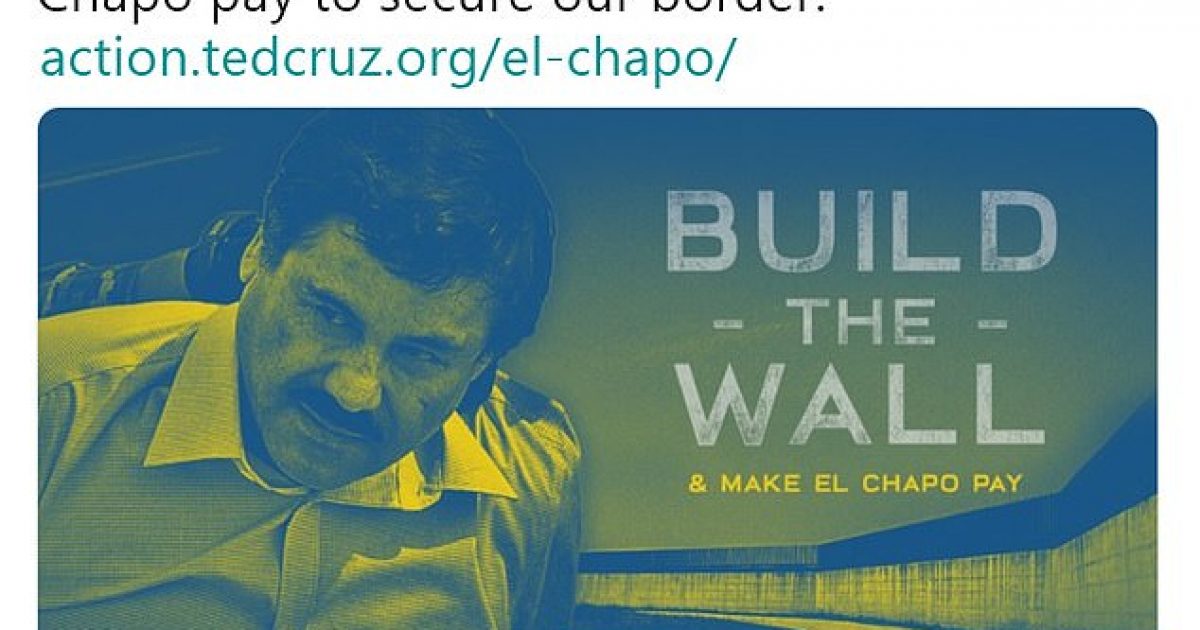 Did President Donald Trump know all along that Mexico would actually pay for “The Wall” in more ways than one?

In the wake of Joaquin ‘El Chapo’ Guzman’s conviction in federal court of 10 criminal counts of drug conspiracy charges on Tuesday, there are renewed calls to use the drug kingpin’s seized assets to fund the construction of President Trump’s “Wall” along the Mexican border.  As a result, prosecutors are seeking to recoup $14 billion in illicit drug profits & seized assets from El Chapo.

Texas U.S. Senator Ted Cruz, in a series of tweets and re-tweets on Twitter called for the Senate’s passage of the Ensuring Lawful Collection of Hidden Assets to Provide Order- “The EL CHAPO Act” that would “make El Chapo pay to secure our border.”

Cruz believes that El Chapo’s confiscated money can be put to good use by building a border wall- making it much harder for drug traffickers to move marijuana, heroin, and other illegal drugs across the United States southern border.