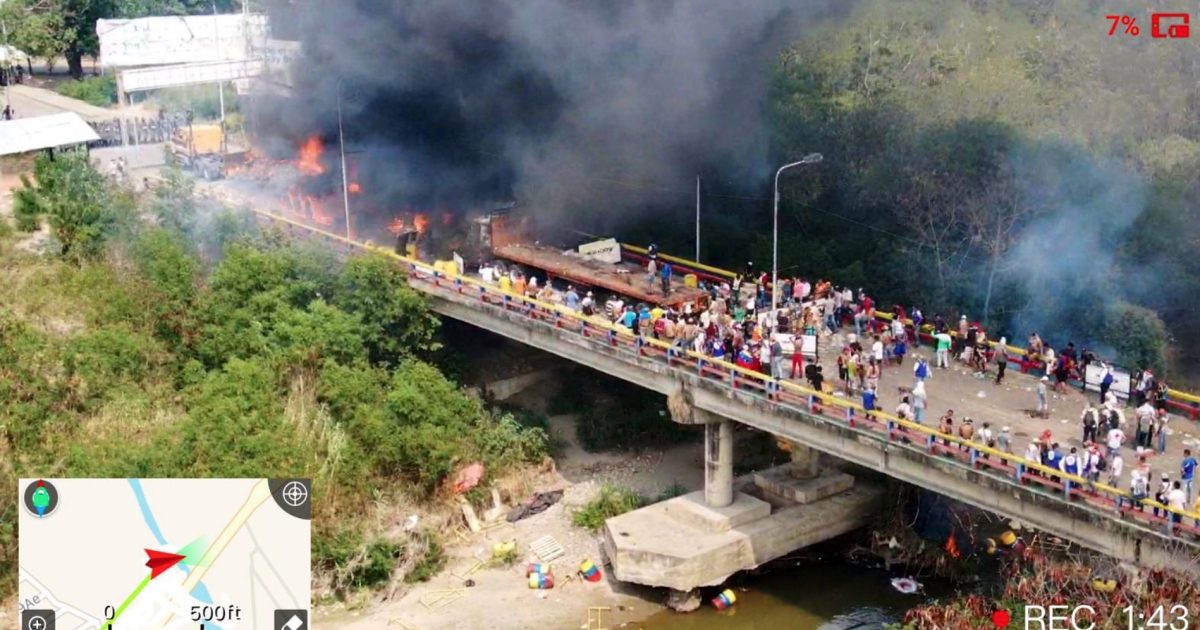 The eyes of the world are upon Venezuela as the crisis there continues to grow out of control. The Maduro regime’s pro-government militias have now begun to open fire on civilian protestors, killing at least for and injured about a dozen others.

What’s worse is that Maduro, who has kept humanitarian aide from coming into his country by blocking bridges with semi-trucks, has begun burning similar humanitarian aide-carrying trucks on the bridge leading into Venezuela from Cucuta, Colombia.

Colombia and President Ivan Duque are now on a clock of sorts. Maduro has just severed diplomatic ties with Colombia and expelled its dignitaries.