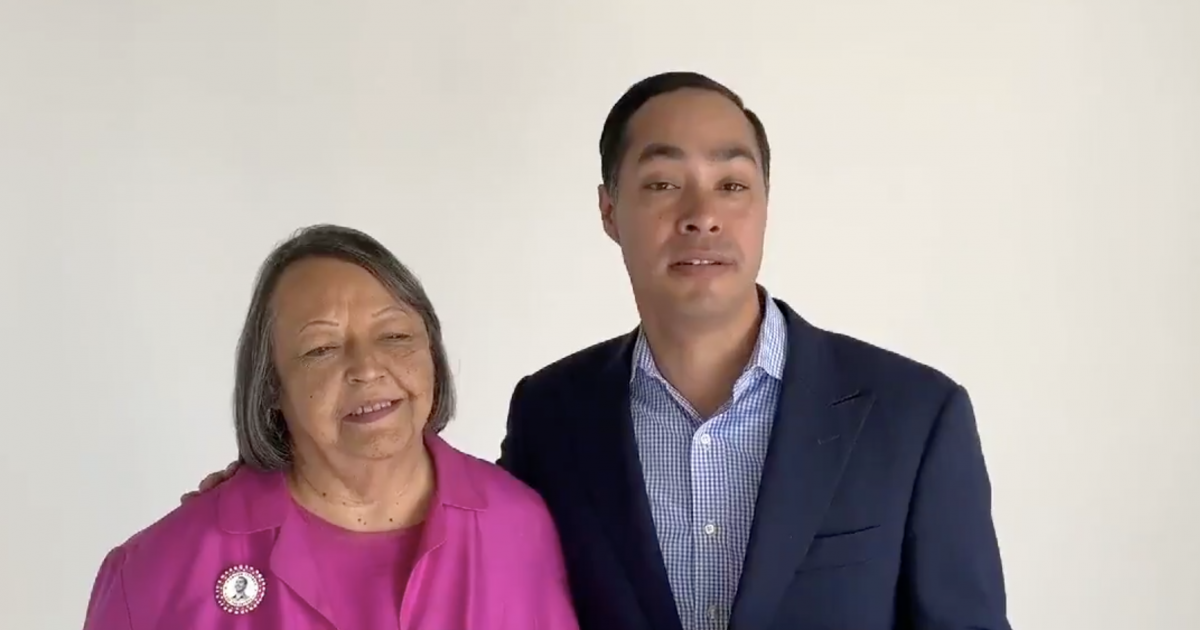 Julian Castro, the former Secretary of Housing and Urban Development under the Obama administration, took to twitter to share a video next to his mom. In the video, Julian comments that his mom, Maria del Rosario Castro, is his “role model, my inspiration in public service, and the best part is, she’s my mom!” She then shares some thoughts with supporters and members of Castro’s campaign for the Presidency in relation to her own political past.

As she noted, she ran for city council in 1971. She explained that at that time, in San Antonio, “not everyone was represented.” But, Julian’s mom asserts that “Julian believes that everyone should be represented,” and she asks supporters to “help Julian be on that debate stage.” In order for him to join the debates, he’ll need “65,000 unique donors and that can be a $1 donation.”