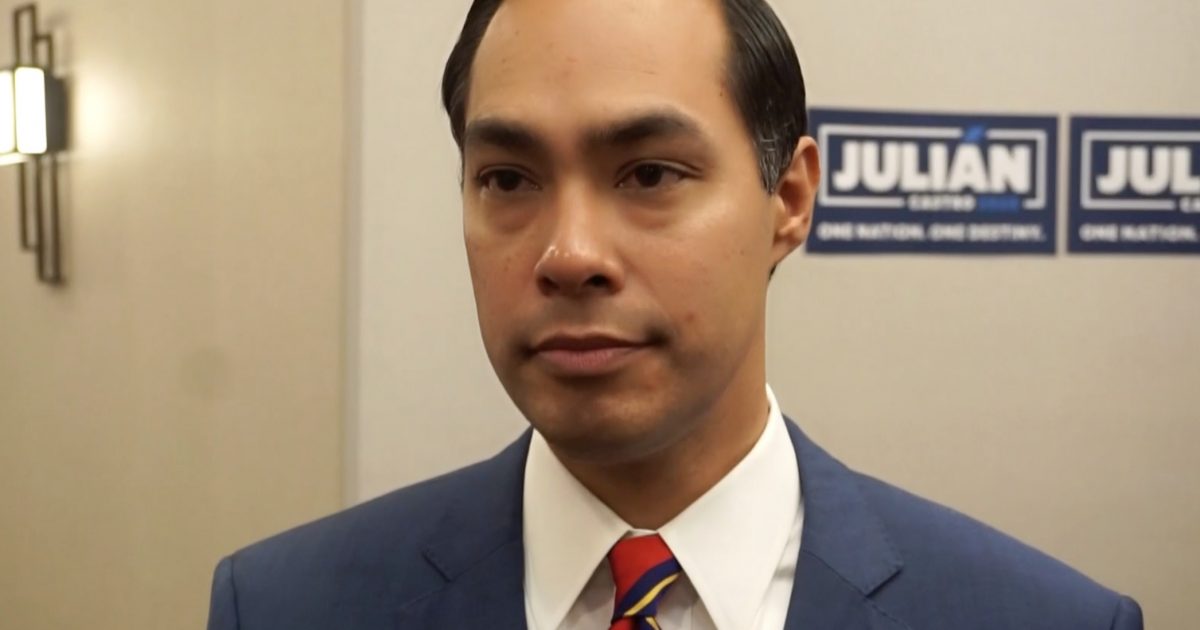 Senators Elizabeth Warren and Bernie Sanders stood out during the CNN debate by pushing their individual and very progressive policies, but former HUD Secretary Julian Castro claiming victory, even though he was not on the debate stage.

Castro’s campaign is saying that the secretary’s “policy leadership dominated the discussion between candidates” during the first debate, adding that the candidates touched on many of Castro’s specific issues like decriminalizing border crossings and implementing reparations for African Americans.

According to the campaign, the following Castro issues were all-but co-opted by the field of candidates. Castro will be debating in the second debate against Vice President Joe Biden, Kamala Harris, Cory Booker, to name a few candidates.