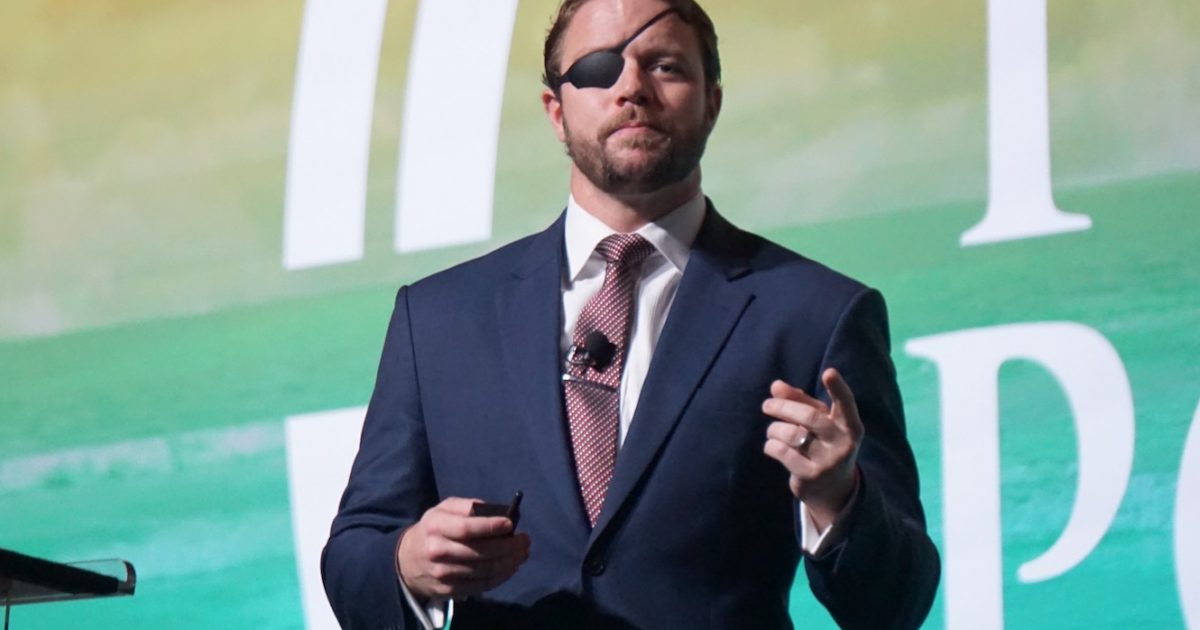 Speaking at the Turning Point USA Student Action Summit in West Palm Beach, Florida, Texas Rep. Dan Crenshaw (D) didn’t give a Ra Ra speech to the masses, rather he outlined the stark differences between Republicans and Democrats.

Crenshaw’s intro video was of him in military garb aiming a M-4 Carbine with his good eye press firmly against the sight of the weapon, before sharing the last picture taken of him before losing his right eye.

The plain-speaking Crenshaw did not mince his words, as the former Navy Seal stated taht House Democrats were out to get President Trump because he threatened “the power that they seek,” and that they supported and adopted a “mob rule” mentality.