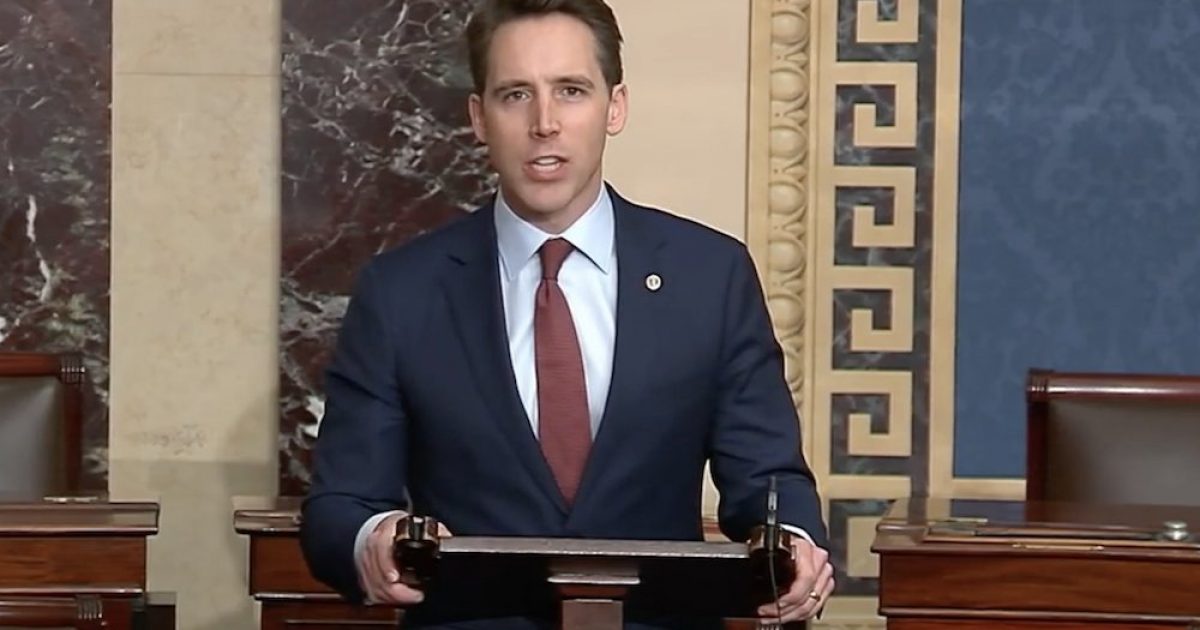 Sen. Josh Hawley of Missouri, along with ten GOP Senators introduced a resolution on Monday to dismiss articles of impeachment against President Trump for lack of prosecution.

“Speaker Pelosi started this bogus impeachment by claiming President Trump was an urgent ‘threat to democracy’ who had to be removed now. But after a bipartisan vote against the articles in the House, and with the public opposed to the Democrats’ partisan games, Pelosi has changed her tune,” Hawley said in a speech on the Senate floor. “The Constitution gives the Senate sole power to adjudicate articles of impeachment, not the House. If Speaker Pelosi is afraid to try her case, the articles should be dismissed for failure to prosecute and Congress should get back to doing the people’s business.”