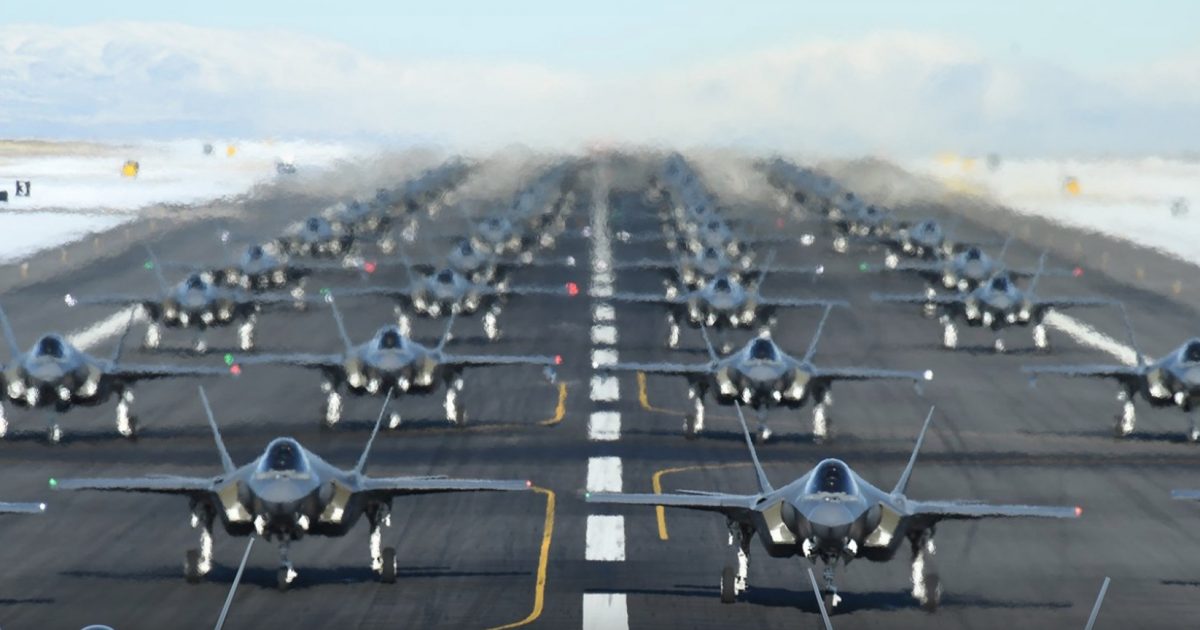 Just as Iran’s new leader of their it Revolutionary Guard, Hossein Salami, declared that his regime has plans for 13 attacks against U.S. interests in retaliation for Soleimani’s targeted killing last week, the U.S. Air Force held a massive show of force during a planned exercise in Utah.

Hill Air Force base is home to the 388th Fighter Wing, which is primarily comprised of the new F-35A Lightning fighters.

The base’s demonstration of an “elephant walk” of 52 F-35 fighters before take-off, an overt show of military force meant to intimidate adversaries, so the timing was ideal considering the current climate in the Middle East.