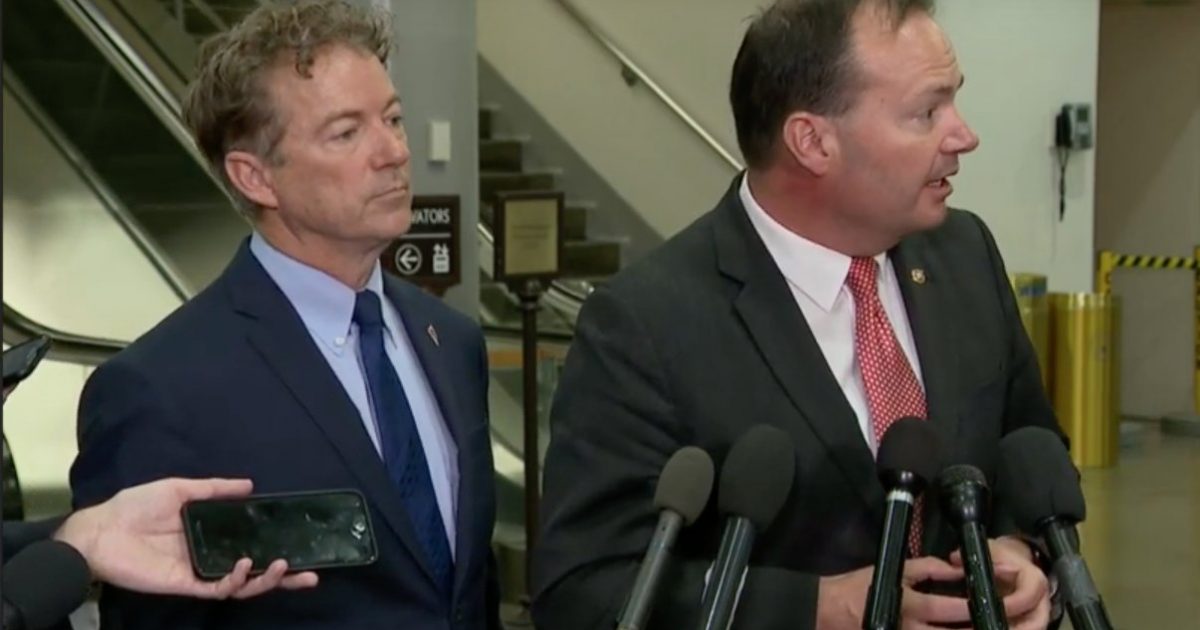 “What I found so distressing about that briefing was that one of the messages we received from the briefers was, ‘Do not debate. Do not discuss the issue of the appropriateness of further military intervention against Iran. And then if you do, you’ll be emboldening Iran,’” Lee told reporters in a heated press conference following the briefing. “I find this insulting and demeaning to the Constitution of the United States.”

He added, “It is not acceptable for officials within the executive branch of government to come in and tell us that we can’t debate and discuss the appropriateness of military intervention against Iran. They had to leave after 75 minutes while they’re in the process of telling us that we need to be good little boys and girls and run along and not debate this in public.”