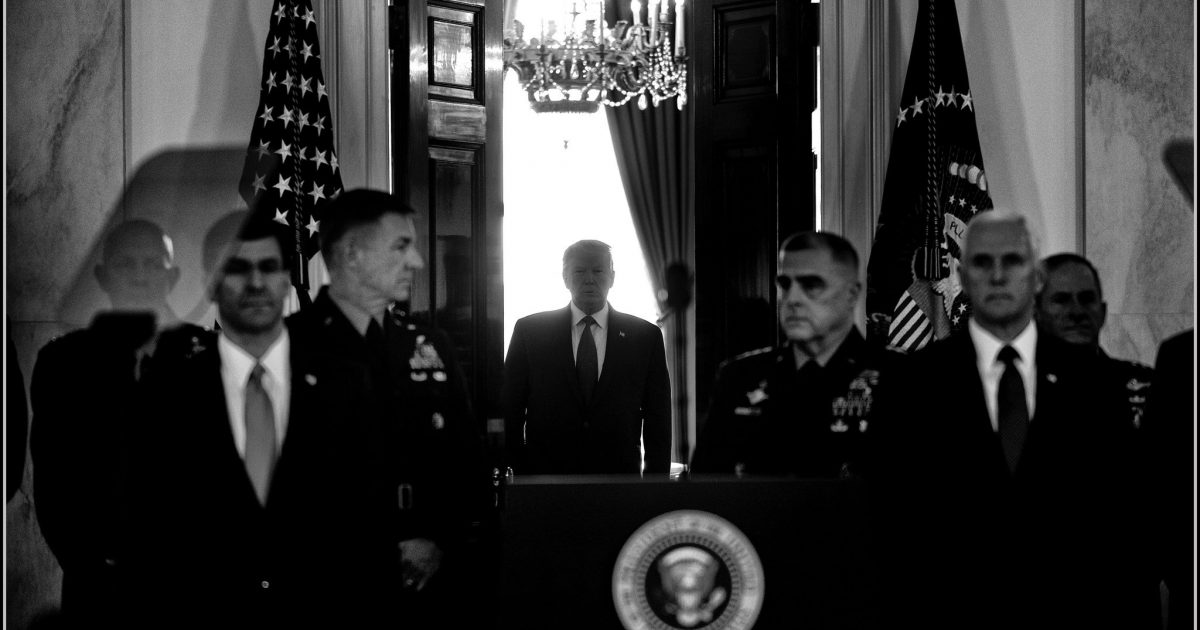 President Trump declared that Iran “appears to be standing down,” in an address to the nation after Tuesday night’s missile attack on two Iraqi bases housing U.S. military personnel.

“Our great American forces are prepared for anything,” Trump in remarks from the Grand Foyer of the White House Wednesday morning. “Iran appears to be standing down, which is a good thing for all parties concerned and a very good thing for the world.”

Joined by military officials, Secretary of State Mike Pompeo and Vice President Mike Pence, Trump confirmed that no Americans were killed in the wake of the missile strikes. As many as 15 ballistic missiles were fired into two waves, with ten of those missiles hitting the U.S. military shelter of Ain al-Asad Air Base and one hitting a U.S. military base in Erbil.