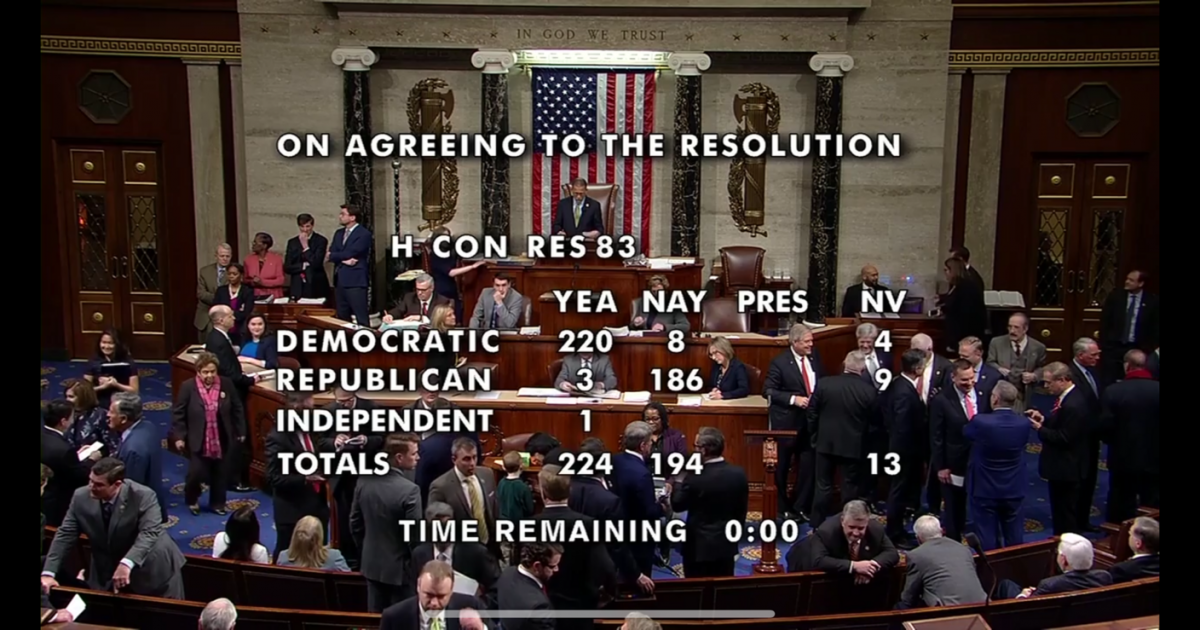 The House of Representatives on Thursday voted to approve a resolution aimed at restricting the President’s ability to use military action against Iran without congressional approval.

The measure passed by a nearly party-line vote of 224-194, but there were a few defectors from both sides of the aisle. Three Republicans voted in favor of the resolution, while eight Democrats voted against it. Independent Rep. Justin Amash, voted In favor of the measure, despite earlier voting against debate of the measure.

The three Republican that voted for the resolution were Reps. Matt Gaetz of Florida, Thomas Massie of Kentucky and Francis Rooney of Florida crossed party lines to vote in favor. Democratic Reps. Max Rose of New York, Anthony Brindisi of New York, Ben McAdams of Utah, Joe Cunningham of South Carolina, Elaine Luria of Virginia, Josh Gottheimer of New Jersey, Kendra Horn of Oklahoma and Stephanie Murphy of Florida all voted against the resolution.