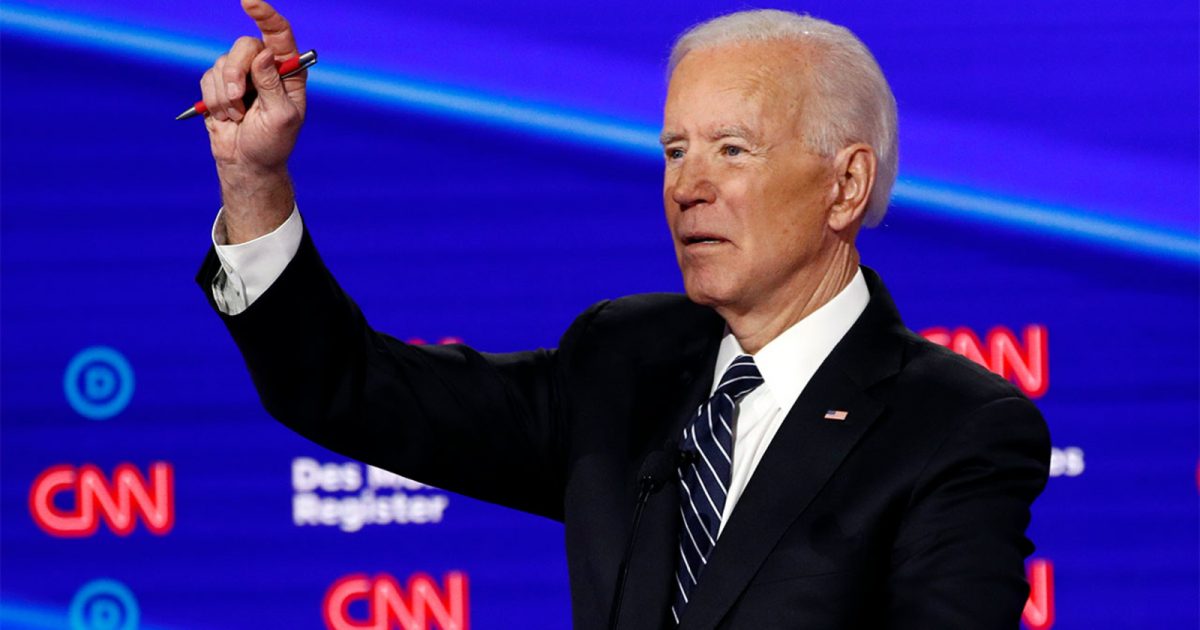 “What’s happened is, now that he’s gone ahead, the president, and started this whole process moving,” Biden said. “Quite frankly, I think he’s flat-out lied about saying the reason he went after — the reason he made the strike was because our embassies were about to be bombed.”