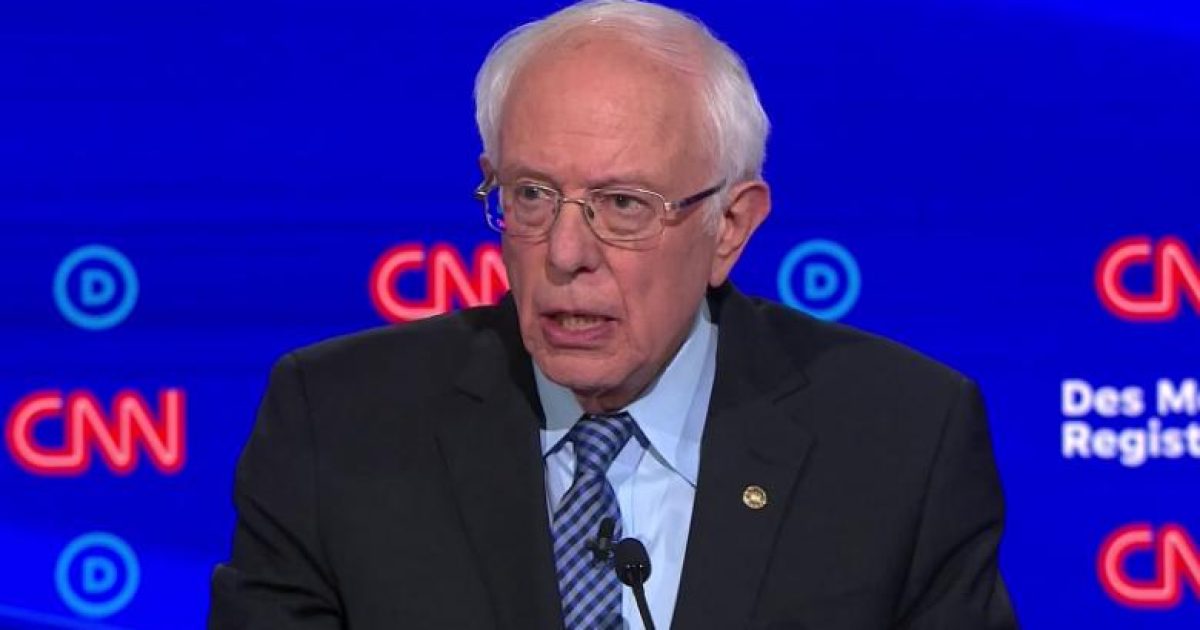 Sen. Bernie Sanders(I-VT) denied Tuesday night that being labeled a “Democrat Socialist” will not turn off voters or hurt his chances because his campaign will “expose the fraudulence” to defeat President Trump.

“Nope, not at all and that is because the campaign that we are going to run will expose the fraudulence of who Donald Trump is,” Sanders said at Tuesday night’s Democratic presidential debate when asked if being labeled a “Democrat Socialist” would risk his chance of defeat the president in November.

Sanders added, “Donald Trump is corrupt. He is a pathological liar and he is a fraud.”