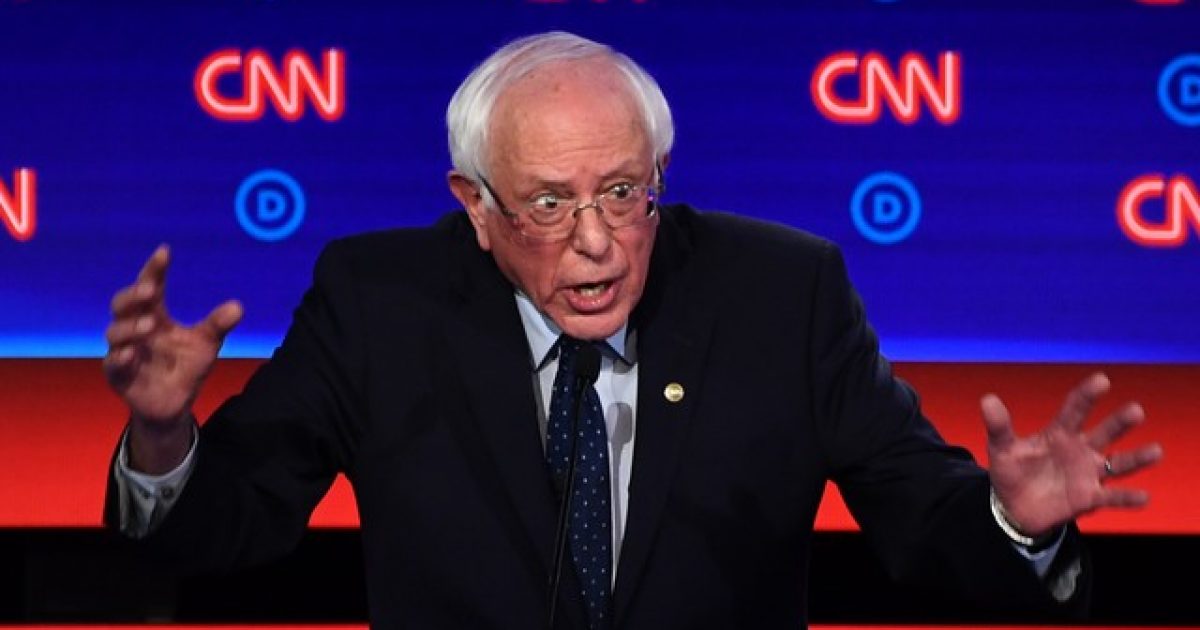 Sen. Bernie Sanders(I-VT) stood alone at Tuesday night’s Democratic presidential debate in opposing the United States-Mexico-Canada trade agreement, or USMCA, in part because it “it does not even have the phrase ‘climate change’ in it.”

“We could do much better than a Trump-led trade deal,” Sanders said. “Every major environmental organization has said no to this new trade agreement because it does not even have the phrase “climate change” in it. And given the fact that climate change is right now the greatest threat facing this planet, I will not vote for a trade agreement that does not incorporate very, very strong principles to significantly lower fossil fuel emissions in the world.”

The USMCA, which passed in the House 385-41 last month is expected to pass in the Senate as soon as this Thursday. House Democrats said they made “transformative changes” to the revised NAFTA deal in the areas of enforcement, workers, environment, and prescription drugs. The changes led to the American Federation of Labor and Congress of Industrial Organizations (AFL-CIO) to support the deal.