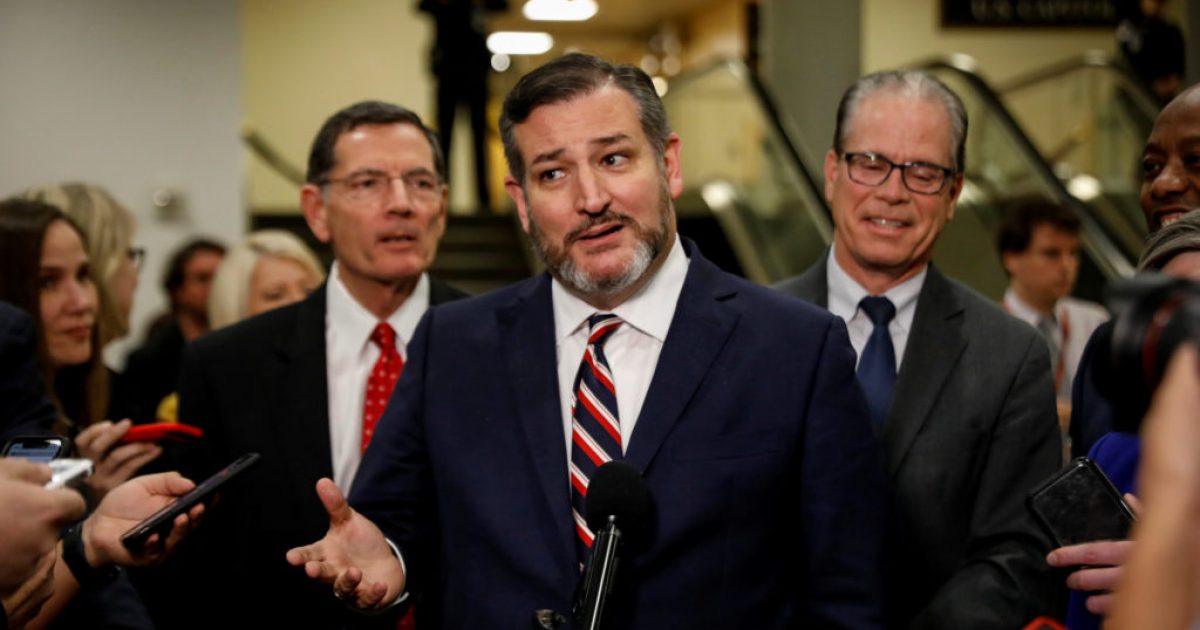 Sen. Ted Cruz (R-Texas) blasted a reporter for playing a “nasty Washington game” after suggesting the Senator’s children should be in prison while posing a question about Hunter Biden.

The heated exchanged occurred Monday evening during the dinner break in the Senate impeachment trial. Cruz talking to reporters said the Senate heard “two hours of evidence” that justified the president has the authority to investigate the corruption in the relationship between Hunter Biden and Ukrainian natural gas company Burisma.

“The House Managers built their entire case on the proposition that investigating Burisma corruption, that investigating the Bidens for corruption was baseless and a sham,” Cruz said. “That proposition is absurd… we’ve just seen two hours of evidence and, at a minimum, it was not only reasonable and justified, but the president, I think, had an obligation to investigate corruption that potentially extended to the very highest levels of government.”