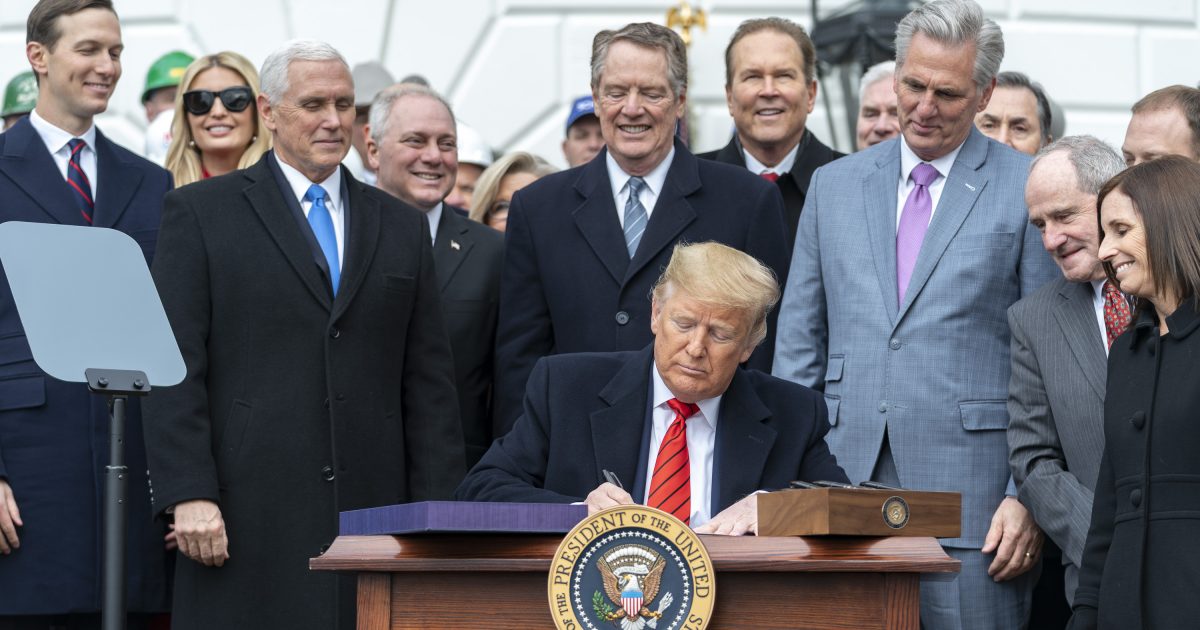 “Today, we are finally ending the NAFTA nightmare and signing into law the brand new U.S.-Mexico-Canada Agreement,” Trump said in a ceremony event outside the South Lawn of the White House surrounded by workers, chief executives and lawmakers. “The USMCA is the largest, fairest, most balanced and modern trade agreement ever achieved. For the first time in American history, we have replaced a disastrous trade deal that rewarded outsourcing with a truly fair and reciprocal trade deal that will keep jobs, wealth, and growth right here in America.”

Replacing NAFTA, which Trump repeatedly called “the worst trade deal ever” during the 2016 campaign trail was one of Trump’s biggest campaign promise and helped him secure electoral victories in states that voted for Democrats in the last 25 years.