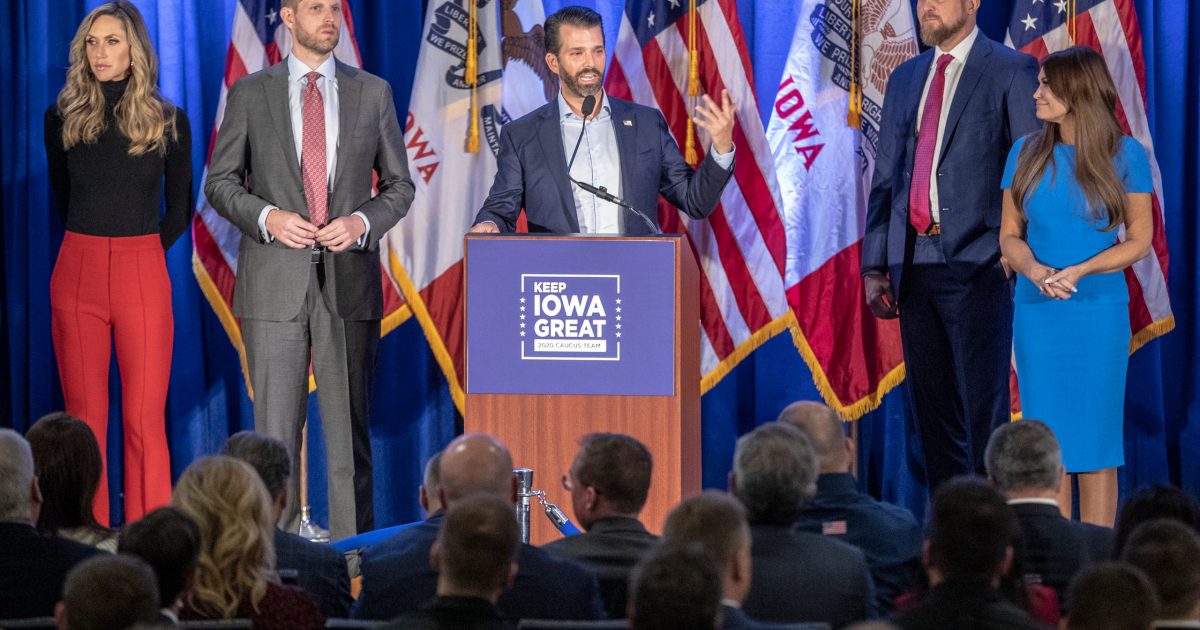 “Obviously, it seems like there’s a good surge in Bernie and obviously a lot of support,” Trump Jr. said at “Keep Iowa Great” conference in West Des Moines, Iowa. “I mean, Joe Biden’s had Iowa to himself for, what, three weeks because of the impeachment sham?”

He continued, “So you can see, and whether that’s by design, I don’t know if you believe that, Kevin, or not, maybe — Nancy Pelosi actively trying to keep keep Bernie off of the trail. So I mean, I would hope that with three weeks, unfettered access to Iowa, in a primary. You know, if Biden doesn’t win big, I mean he’s probably in a lot of trouble, right?”