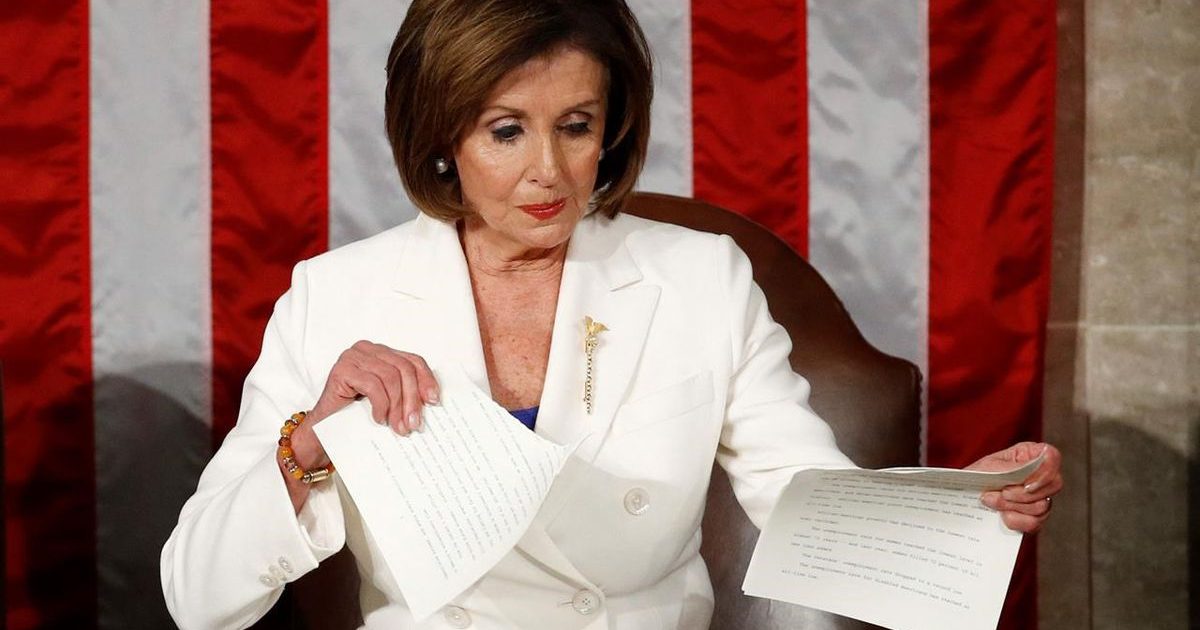 House Speaker Nancy Pelosi trashed President Trump’s State of the Union address in a closed-door caucus meeting Wednesday morning, saying she “shredded” his speech because he “shredded the truth.”

“Last night, we saw the President of the United States shred the truth right in front of us. Tear up the truth,” Pelosi said, according to a Democratic official who took notes and spoke on the condition of anonymity. “He shredded the truth, so I shredded his speech. What we heard last night was a disgrace.”

President Trump delivered his third State of the Union address to a joint session of Congress in the House chamber. Shortly after the conclusion of Trump’s live address on national TV Tuesday night, Pelosi rose from her seat and ripped up a copy of Trump’s speech. The dramatic display made headlines and earned her a standing ovation from Democratic lawmakers the following morning.