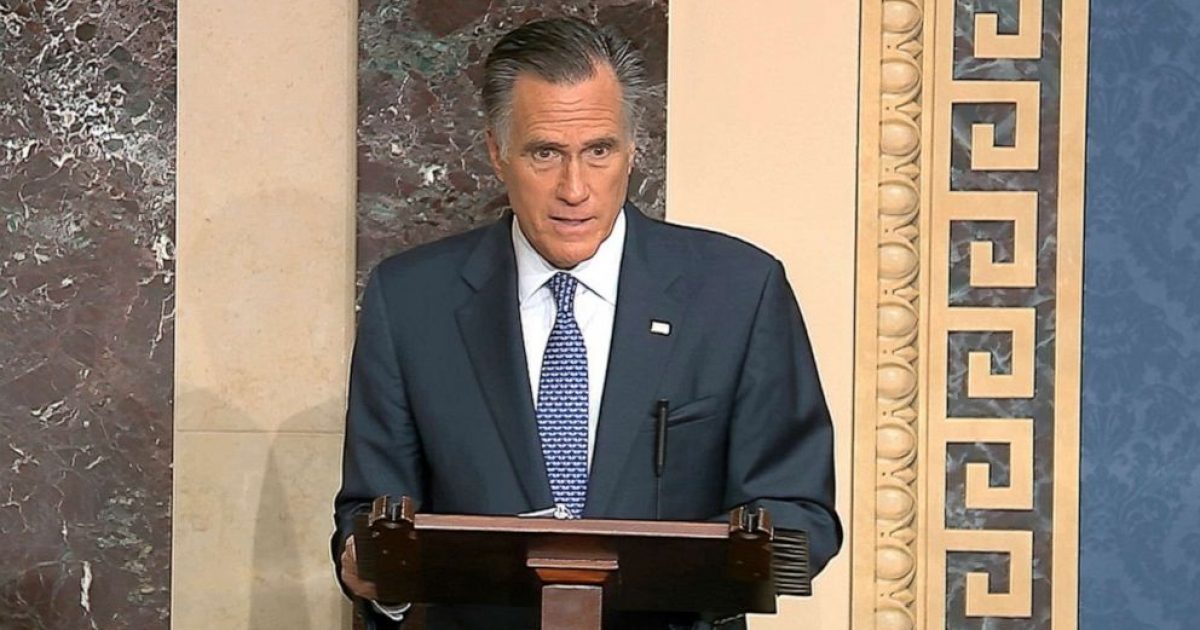 Sen. Mitt Romney (R-UT) announced Wednesday he would vote to remove President Donald Trump from office, becoming the lone Republican to break with his party in voting to convict the president.

In a speech on the Senate floor, Romney said he would vote to convict the president for abuse of power and to acquit on the obstruction of Congress charge.

“The grave question the Constitution tasks senators to answer is whether the president committed an act so extreme and egregious that it rises to the level of a high crime and misdemeanor. Yes, he did,” Romney said in remarks on the Senate floor.