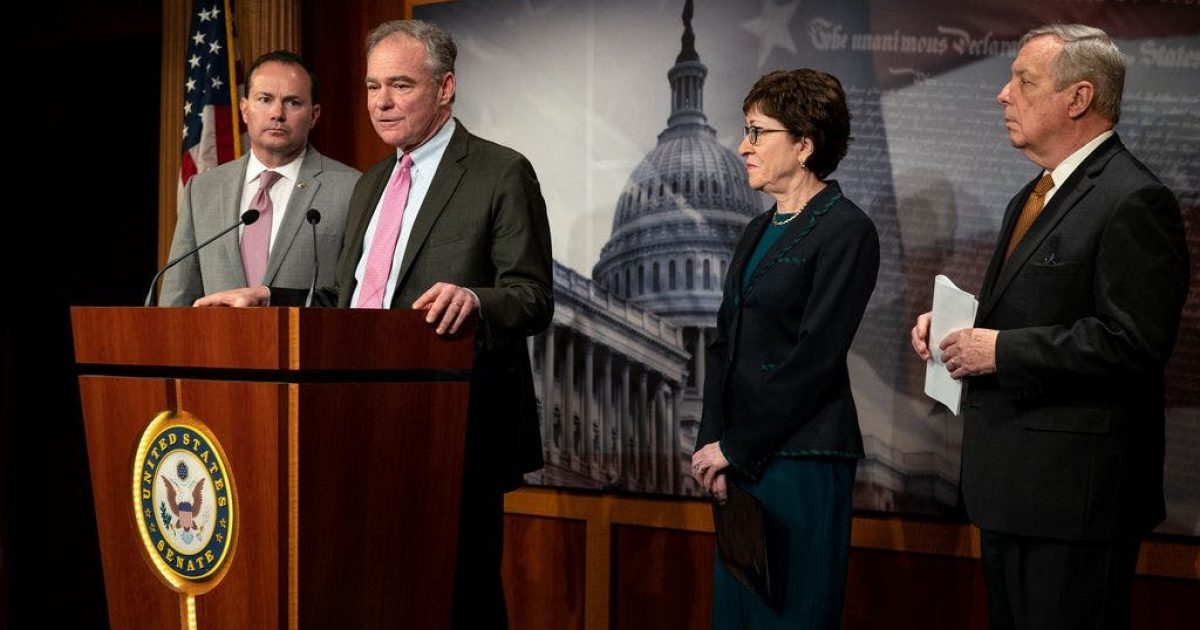 The Senate passed a bipartisan war powers resolution on Thursday aimed to limit President Trump’s ability to use military action against Iran without Congressional approval.

The resolution, spearheaded by Sen. Tim Kaine (D-VA), passed 55-45. Eight Senate Republicans voted with all 47 Democrats for the measure that “directs the President to terminate the use of United States Armed Forces for hostilities against the Islamic Republic of Iran or any part of its government or military, unless explicitly authorized by a declaration of war or specific authorization for use of military force against Iran.”

Kaine introduced the resolution last month hours after President Trump authorized a drone strike and killed Iranian Gen. Qassem Soleimani. It would still allow the president to order strikes in cases of self-defense against an imminent attack.