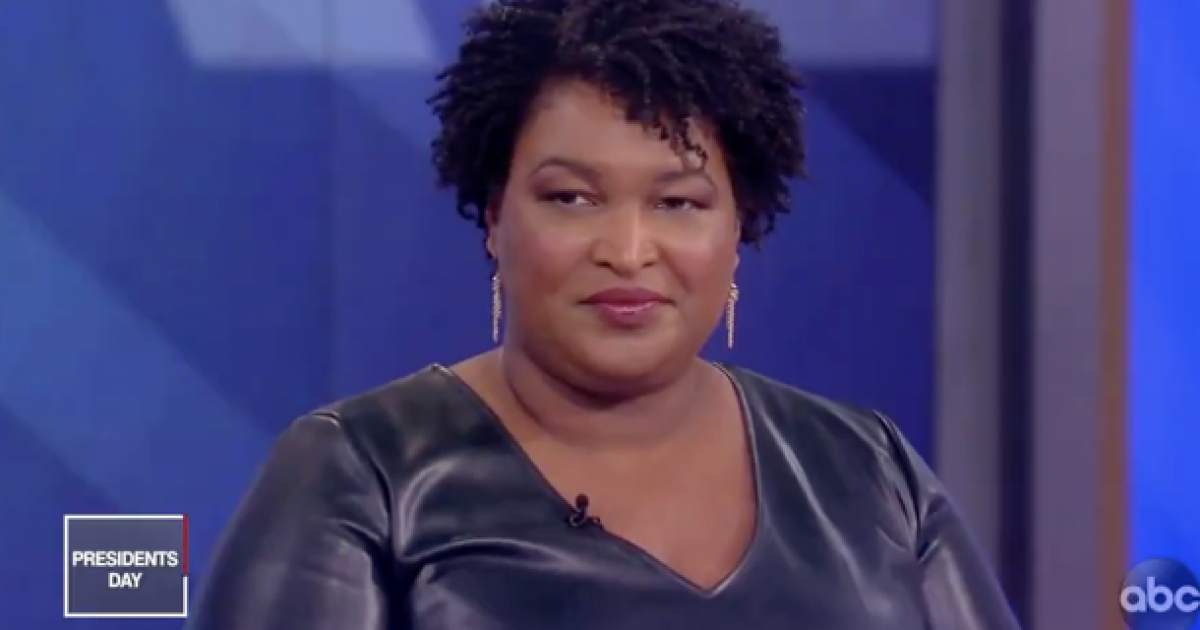 Failed Georgia gubernatorial candidate Stacey Abrams on Monday said she would “be honored” to be the vice presidential candidate on the 2020 Democratic ticket.

“The first time I was on here I got the question about running as VP during the primary, and I apparently famously said, ‘no, because you don’t run for second in a primary,’” Abrams said on ABC’s ‘The View.’ “However, because that conversation started, I’m now getting the question a lot from folks and the answer is of course, I would be honored to run as vice president with the nominee.”

She added that, as a black woman, she’s in an “unusual position” of being considered the possible next vice president.