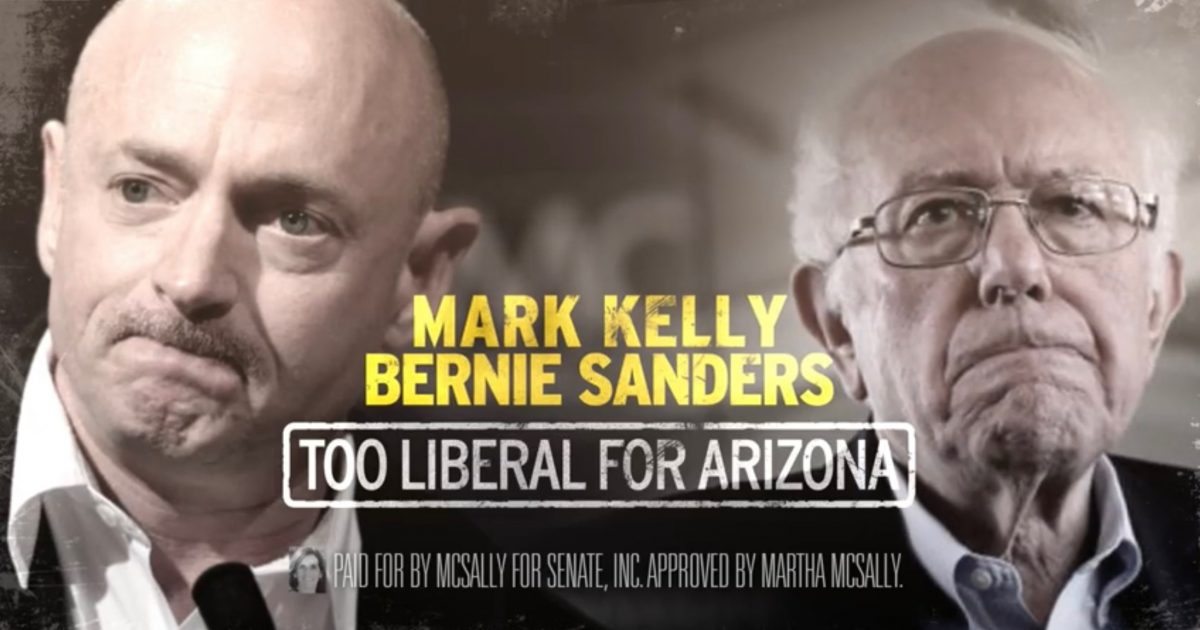 “First Mark Kelly said he would have voted to overturn the election and remove Trump from office, now Kelly says he would support Bernie Sanders,” the narrator says in the 30-second ad titled ‘Bernie Bro.’ “Kelly and Sanders, too liberal for Arizona.”