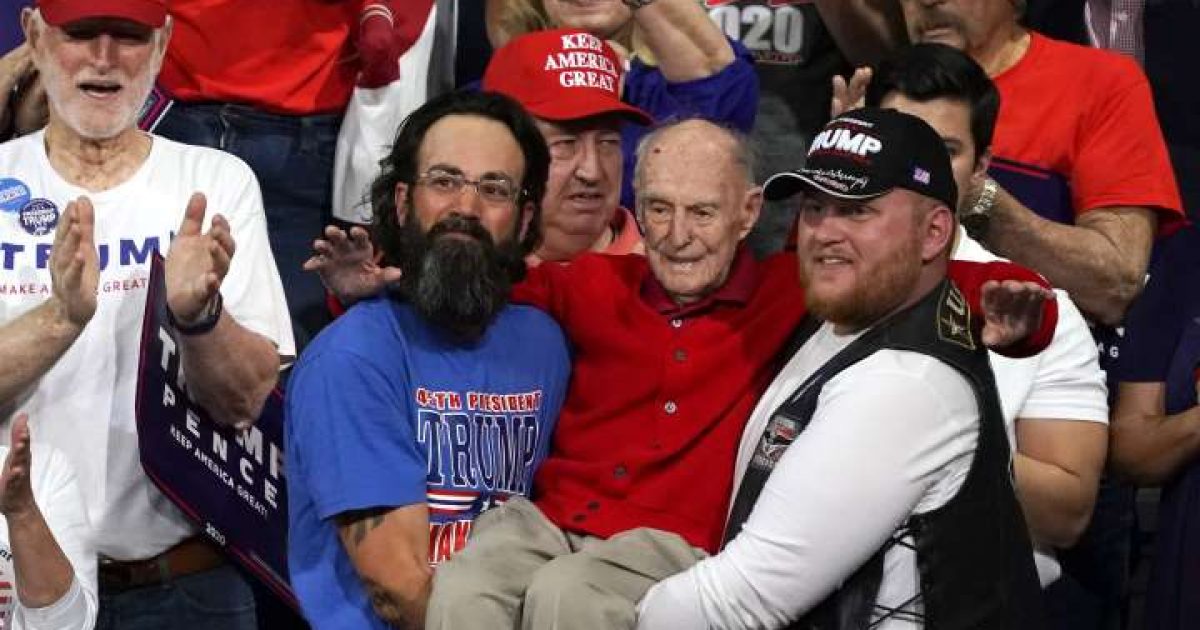 “It’s all over TV that the folks here tonight have helped a great World War II veteran into the arena. I don’t know if he knows it, but he’s, right now, the hottest celebrity in the world,” Trump said. “He might even be hotter than Trump, right now, I have to say.”

“He’s all over television. Even ‘fake news CNN’ had him on, but they say he is a legitimate hero, a veteran of World War II, Irvin Julian,” Trump continued.

The heartwarming video shared on Twitter by an Arizona reporter ahead of the rally showed two men carrying Julian down a flight of stairs at the Arizona Veterans Memorial Coliseum as the crowd loudly chanted, “USA! USA! USA!”