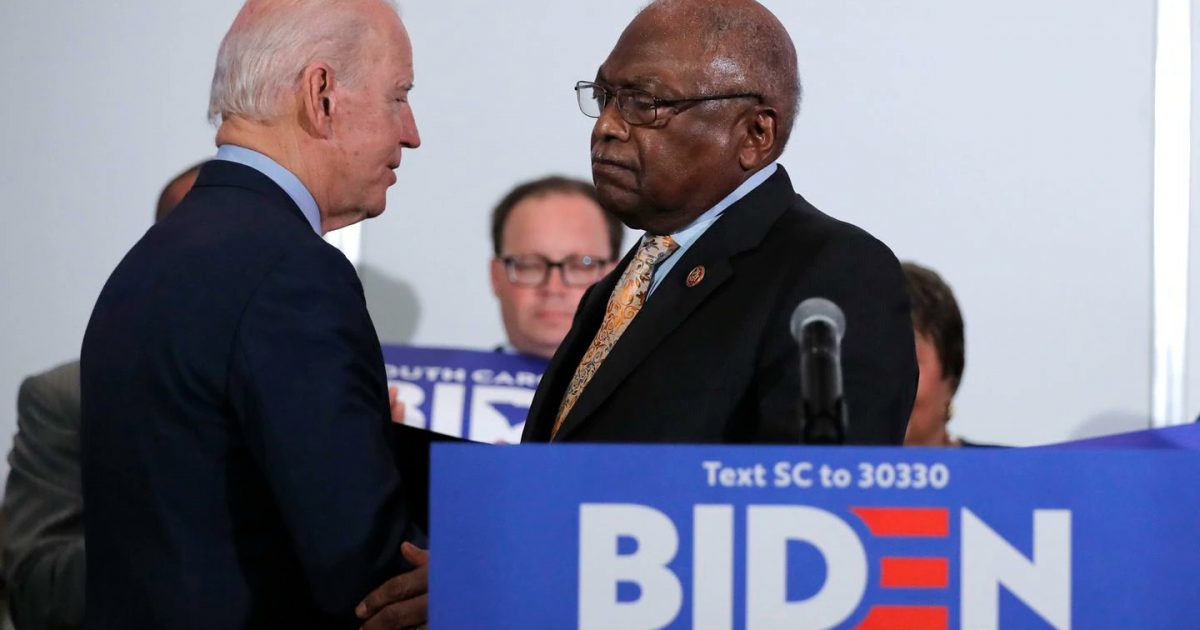 Rep. Jim Clyburn (D-SC) said in an interview the Democratic National Committee (DNC) should “shut this primary down” and “cancel the rest of these debates” if former Vice President Joe Biden sweeps the last three states on Mini Super Tuesday.

“I think when the night is over, Joe Biden will be the prohibitive favorite to win the Democratic nomination, and quite frankly, if the night ends the way it has begun, I think it is time for us to shut this primary down, it is time for us to cancel the rest of these debates — because you don’t do anything but get yourself in trouble if you continue in this contest when it’s obvious that the numbers will not shake out for you,” Clyburn said in an interview with NPR Tuesday night.