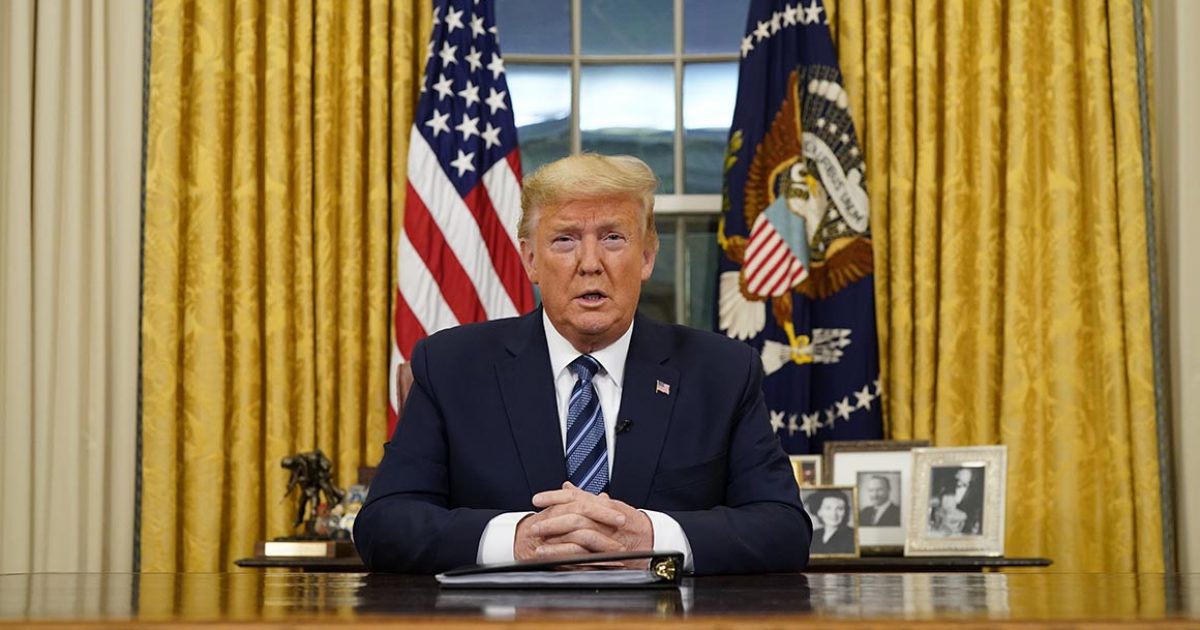 President Trump in an Oval Office address said he is taking “strong but necessary” actions to keep new cases of the Coronavirus from entering the United States by restricting all travel from Europe for 30 days, and taking “emergency action” with a series of stimulus measures to prop up the American economy from the side effects .

“We are marshaling the full power of the federal government and the private sector to protect the American people,” Trump said during a prime-time address to the nation from the Oval Office Wednesday night. “The European Union failed to take the same precautions and restrict travel from China and other hotspots. As a result, a large number of new clusters in the United States were seeded by travelers from Europe.”

The restriction will go into effect Friday at midnight, and will not apply to Great Britain.