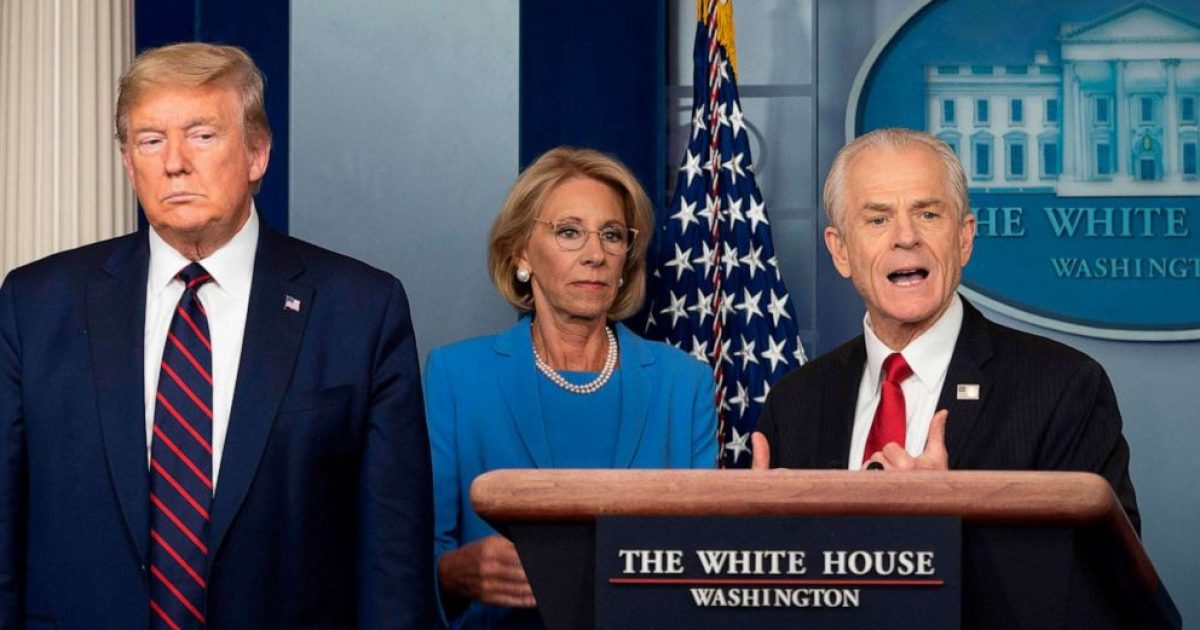 “My order establishes that Peter will serve as national Defense Production Act policy coordinator for the federal government,” Trump said. “He’s a tremendous guy and he will do a fantastic job.”

Navarro said the DPA was activated with General Motors to create ventilators because those pieces of equipment are “really the most important thing for patients who become seriously ill. They are literally the lifeline for people.”