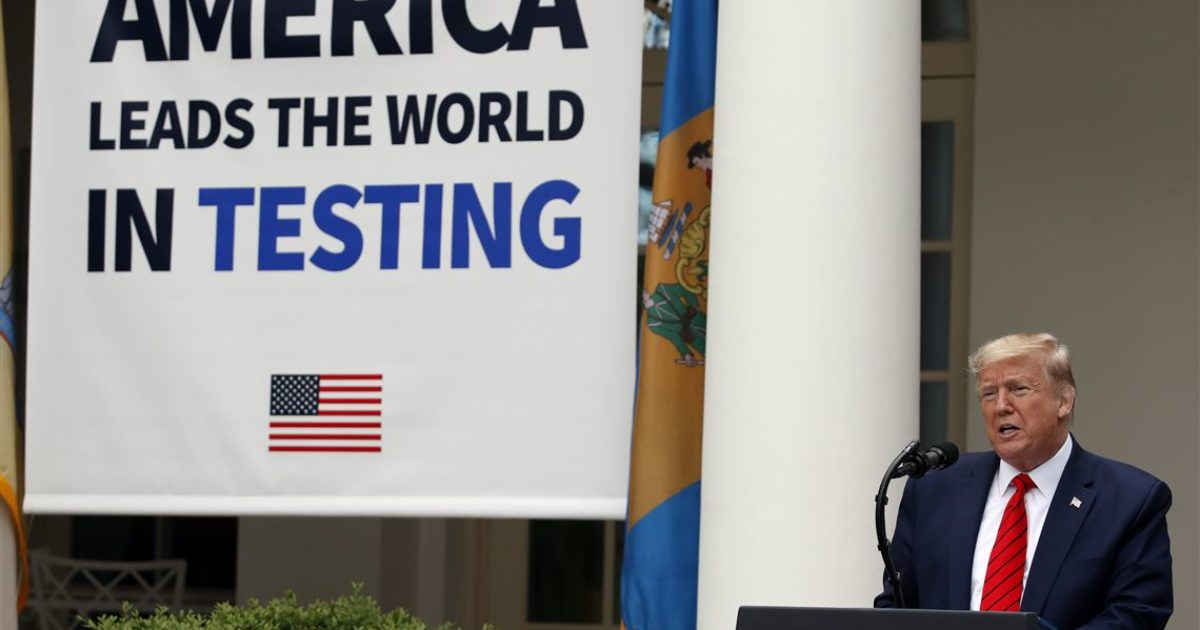 President Trump on Monday said the U.S. is on track this week to pass 10 million coronavirus tests conducted, and announced the distribution of $11 billion in federal funds throughout the states for the sole purpose of testing resources to achieve their testing goals.

“In three months the FDA has authorized more than 92 different tests, and over 9 million have been performed here in the United States,” Trump said from the White House Rose Garden Monday afternoon. “Three weeks ago we were conducting roughly 150,000 tests per day. Now we’re doing approximately 300,000 tests per day and it will go up substantially from that number. This week, the United States will pass 10 million tests conducted nearly double the number of any other country. We’re testing more people per capita than South Korea, the United Kingdom, France Japan Sweden, Finland, Finland, and many other countries, and in some cases combined.”

Speaking from the podium with two large banners that read “America leads the world in testing,” Trump announced that his administration will begin distributing $11 billion from the CARES Act funding that will be sent to  “America states, territories and tribe” to help governors “build their testing capability and capacities.” The funds will be allocated on a formula based on how each of the states were impacted by the coronavirus outbreak, with the hardest-hit states receiving up to $500 million, as well as states’ overall population size.