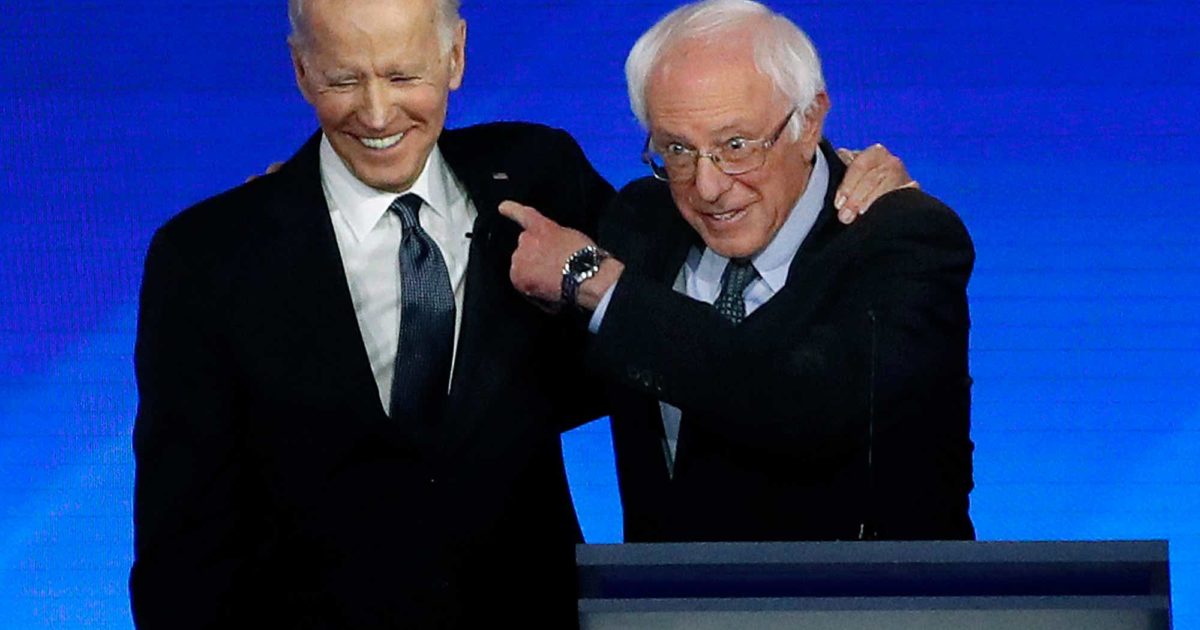 Sen. Bernie Sanders (I-VT) says his relationship with Democratic nominee Joe Biden is “better” than what he had with his former 2016 Democratic opponent Hillary Clinton.

“I think the difference now is that, between you and me. I have a better relationship with Joe Biden than I had with Hillary Clinton, and that Biden has been much more receptive to sitting down and talking with me and other progressives than we have seen in the past,” Sanders said in an interview with The New Yorker magazine published Tuesday. “I think it is fair to say that our relationship with Biden is a stronger relationship. I’ve known Biden for the last fourteen years, more or less, since I’ve been in the Senate, and worked with him a little bit when he was Vice-President. I think what you’re going to see is a closer relationship.”

The Vermont progressive senator described the relationship he has with Biden, saying he chats with the Democratic presidential nominee on the phone and he is “open to having his people sit down” with his supporters to discuss progressive ideas.

“I don’t want to sugarcoat this. He has been open and personable and friendly, but his views and my views are very different, in some areas more than others,” Sanders said. “He has told me that he wants to be as strong as possible in terms of climate change, and I look forward to hearing his proposals.”

Sanders acknowledged that he and Biden have “very serious political differences,” but noted that his task in the next five months is to fight to make sure that the former Vice President “moves in as progressive“ and “that his Administration is as progressive as possible.”

“It is no great secret that Joe Biden and I have very serious political differences, but, at this particular moment in history, what is most important is to defeat Trump, who, as you implied a moment ago, is literally a threat to American democracy, and is moving this country not only in a dangerous way but in an authoritarian way, as well. Trump has got to be defeated and, in a variety of ways, I intend to play an active role in that process,” Sanders said. “Trump cannot be reelected. And what we have got to do, if you are unhappy with Biden’s politics, if you disagree with Biden’s politics and I certainly do then the fight has got to take place, starting today, to make sure that he moves in as progressive a way as possible, that his Administration is as progressive as possible.”

He added, “it is not good enough just to elect Joe Biden. We’ve got to continue the movement in this country for transformative change. My job is to see that Trump is defeated and that I move Biden in as progressive a way as I can.”

The self-proclaimed Democratic Socialist discussed how the progressive movement he cultivated since his 2016 bid as “winning the ideological struggle” amongst the younger generation, but led to his defeat with the older people.

“For whatever reason, maybe we could’ve done better, we did terribly with older people. Biden just mopped us up with older people,” Sanders stated. “On the other hand, even in states where we did poorly, and lost, we won a majority of young people, forty or younger. That’s the future of America. So our ideas are the ideas imbued by the young people in this country. They’re not afraid of a vibrant democracy, and that’s what democratic socialism is about.”

Sanders, who endorsed Biden shortly after dropping out of the race in April announced the two campaigns would combine forces to form six task forces on major policy areas on the economy, education, climate change, criminal justice, immigration reform and health care. Addressing the task forces, Sanders didn’t provide too much details on the progress made in the last two months, saying “we’ll see what the fruits of those discussions are” after they finish “hammering out” the agreements.

Biden spokesman Andrew Bates confirmed Sanders’ New Yorker interview, saying that “Joe Biden and Bernie Sanders are friends and share a steadfast belief that we need a government that will deliver for working families.”

“Senator Sanders and his team have been extraordinary partners in offering advice and support on the biggest challenges of our day, such as overcoming climate change and rebuilding the American middle class — especially after the COVID-19 outbreak,” Bates said in a statement.