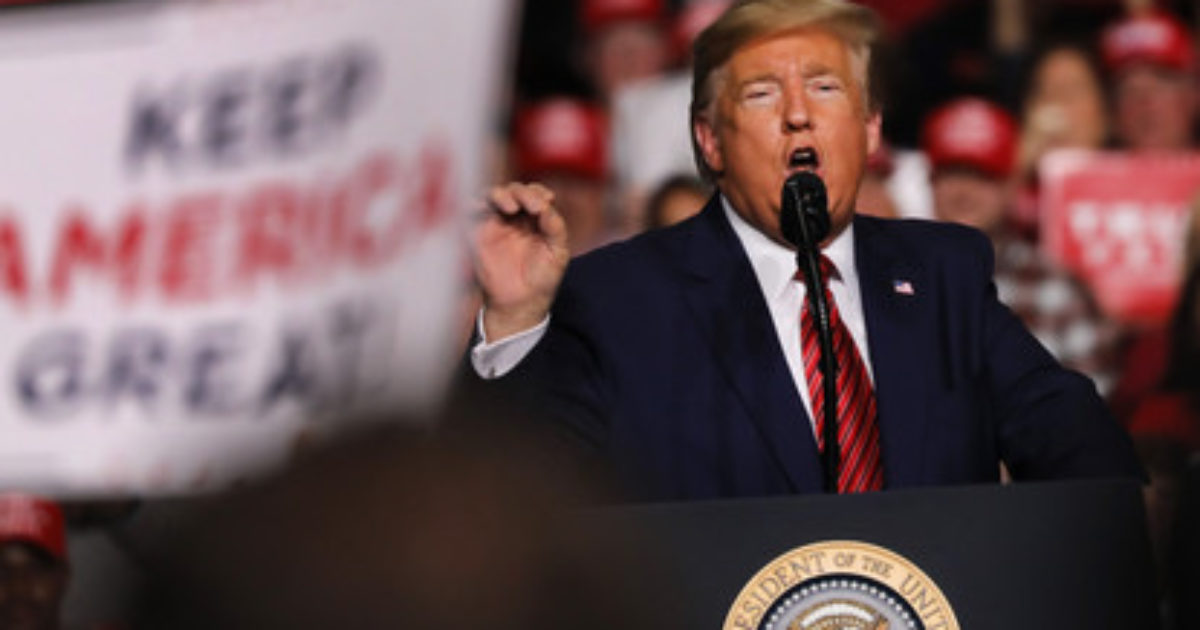 President Trump announced Wednesday that he is restarting his campaign rallies since the coronavirus pandemic next Friday at a “beautiful new venue” in Oklahoma.

Trump told reporters the Oklahoma rally would take place in Tulsa on June 19 in a “beautiful new venue,” and named three other states — North Carolina, Arizona and Florida as places for upcoming rallies.

“We’ve had a tremendous run at rallies. I don’t think we’ve had an empty seat since we came down the escalator,” Trump said at a roundtable event with prominent black supporters in the White House Cabinet Room.

The Tulsa rally will be the first in-person campaign rally for Trump since March. The last rally Trump headlined was in Charlotte, North Carolina on March 2, right before the coronavirus shuttered majority of the nation into quarantine to help stop the spread of the virus.

Oklahoma is already on Phase 3 of reopening as of last week. The state as of Wednesday had recorded 7,480 cases with 356 deaths recorded in total.

“They’ve done a great job with COVID as you know in the state of Oklahoma,” Trump stated.

Shortly after Trump announced the upcoming Tulsa rally, the Oklahoma Republican Party issued a statement confirming the president’s announcement, but didn’t release exact venue or whether specific precautions would be implemented to protect the president and attendees from the potential spread of the coronavirus.

Trump also told reporters that he would announce a new location soon for the Republican National Convention. It was originally planned for Trump to accept the Republican presidential nomination at the end of August in Charlotte, North Carolina, but the state Democratic Governor Roy Cooper wanted the RNC to plan for a scaled-down convention with fewer attendees, social distancing and face coverings.

“We’re going into North Carolina at the appropriate time. The governor’s a little backward there, a little bit behind,” Trump said. “And unfortunately we’re going to probably be having no choice but to move the Republican convention to another location. That’ll be announced shortly.”

The president teased the announcement on Tuesday, in a tweet saying, “BIG DEMAND! while suggesting that his campaign rallies could be held outside just like the protests.

Just before Trump confirmed the announcement, his re-election campaign put out a video announcing that “this month, we’re back” while showing clips of past rallies.

“Americans are ready to get back to action and so is President Trump. The Great American Comeback is real and the rallies will be tremendous,” Trump campaign manager Brad Parscale said Monday in a statement. “You’ll again see the kind of crowds and enthusiasm that Sleepy Joe Biden can only dream of.”

Trump is also resuming campaign fundraisers starting this week, with smaller high-dollar events in Dallas on Thursday as well as another fundraising event in his private club in New Jersey.