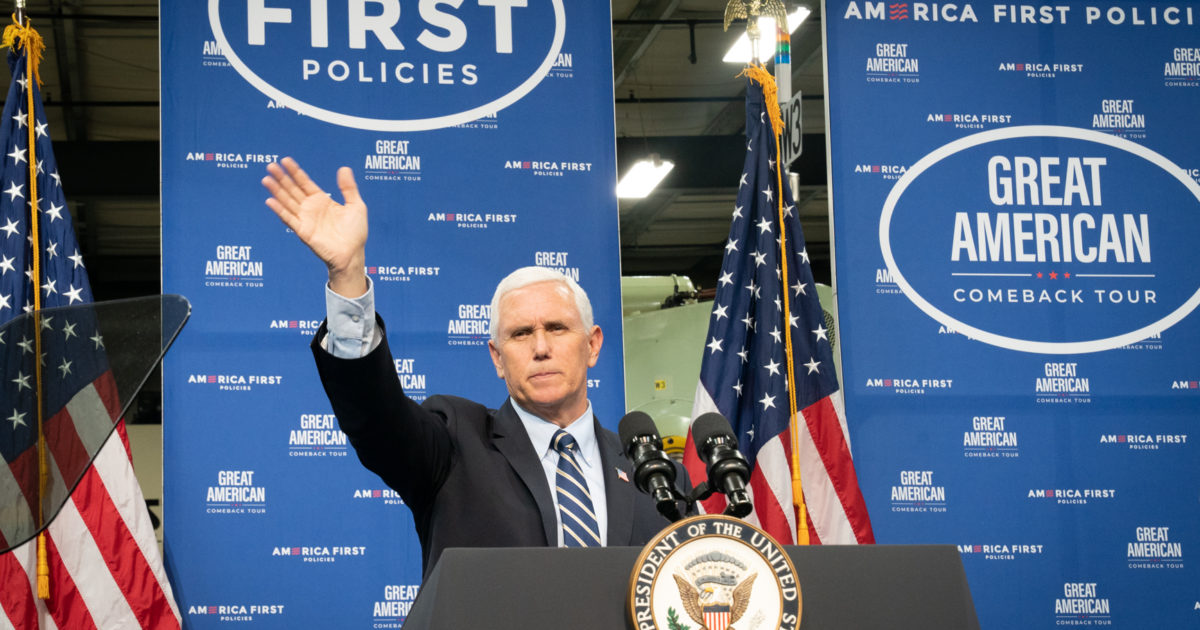 Vice President Mike Pence in an op-ed ripped the media for inciting panic about a second wave of the coronavirus cases, calling the coverage “overblown,” while touting the Trump administration’s handling of the pandemic.

“In recent days, the media has taken to sounding the alarm bells over a ‘second wave’ of coronavirus infections. Such panic is overblown,” Pence wrote in a Wall Street Journal op-ed Tuesday. “Thanks to the leadership of President Trump and the courage and compassion of the American people, our public health system is far stronger than it was four months ago, and we are winning the fight against the invisible enemy.”

“The media has tried to scare the American people every step of the way, and these grim predictions of a second wave are no different. The truth is, whatever the media says, our whole-of-America approach has been a success,” he added. “We’ve slowed the spread, we’ve cared for the most vulnerable, we’ve saved lives, and we’ve created a solid foundation for whatever challenges we may face in the future. That’s a cause for celebration, not the media’s fear-mongering.”