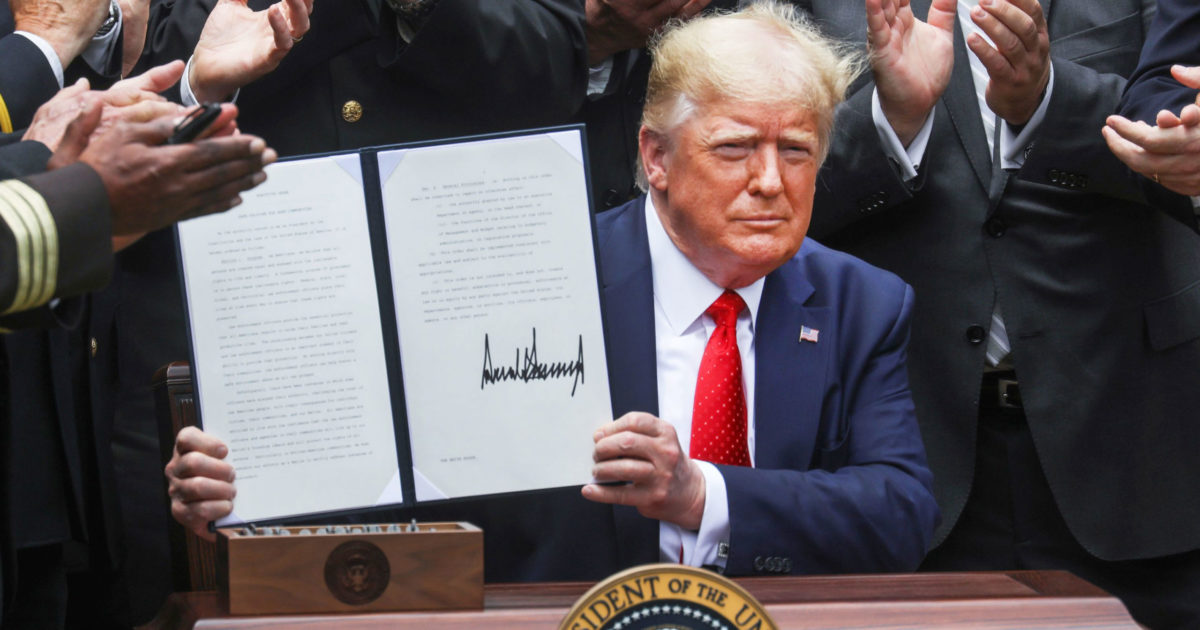 President Trump on Tuesday signed an executive order on police reform, titled “Safe Policing for Safe Communities,” amid growing calls from weeks of protests across the nation for action to reform the police in the wake of George Floyd’s death.

The executive order addresses officers’ use of chokeholds “except in those situations where the use of deadly force is allowed by law,” calls for police departments to be eligible for federal grants if they pass a certification process, directs Attorney General William Barr to create a database “concerning instances of excessive use of force related to law enforcement matters, accounting for applicable privacy and due process rights,” and also directs the Justice Department to promote training for law enforcement in dealing with homeless individuals and those suffering from addiction, as well as to encourage programs in which social workers are “co-responders” in certain situations.

Read the order released by the White House below: