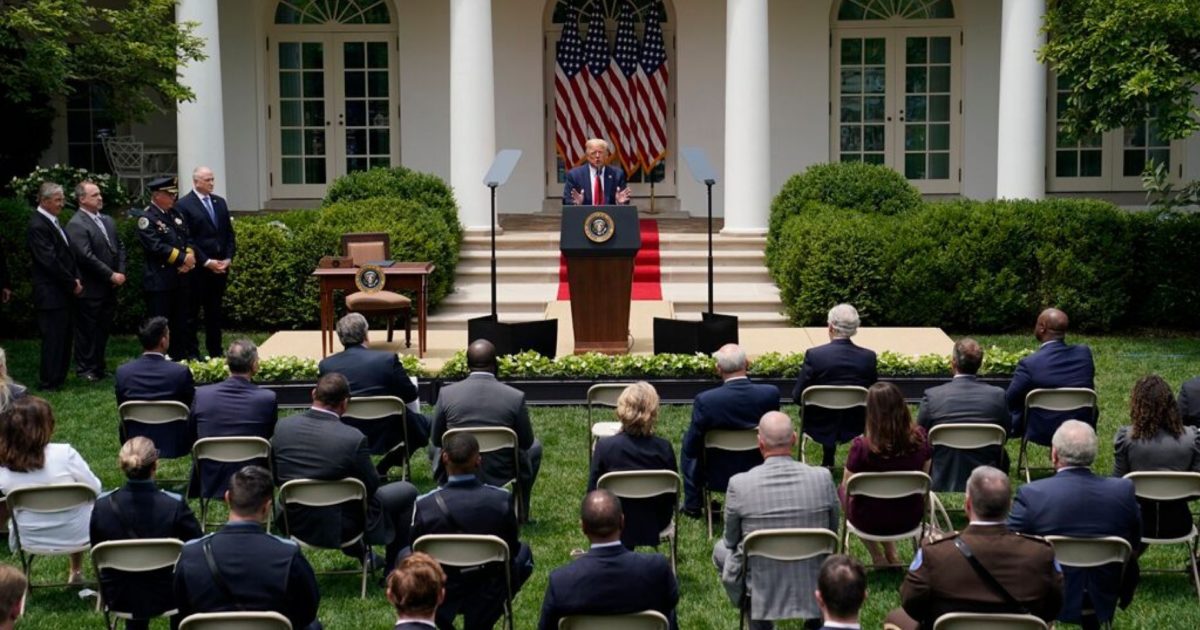 President Trump signed an executive order on police reform, titled “Safe Policing for Safe Communities,” on Tuesday that directs police departments across the country to adopt new standards for the use of force, following weeks of national unrest in response to the death of George Floyd in police custody last month.

“Today is about pursuing common sense and fighting — fighting for a cause like we seldom get the chance to fight for. We have to find common ground. That is why today I’m signing an executive order encouraging police departments nationwide to adopt the highest professional standards to serve their communities,” Trump said in remarks at the Rose Garden before signing the executive order. “Americans also believe we must improve accountability, increase transparency, and invest more resources in police training, recruiting, and community engagement. Reducing crime and raising standards are not opposite goals, they are not mutually exclusive; they work together.”