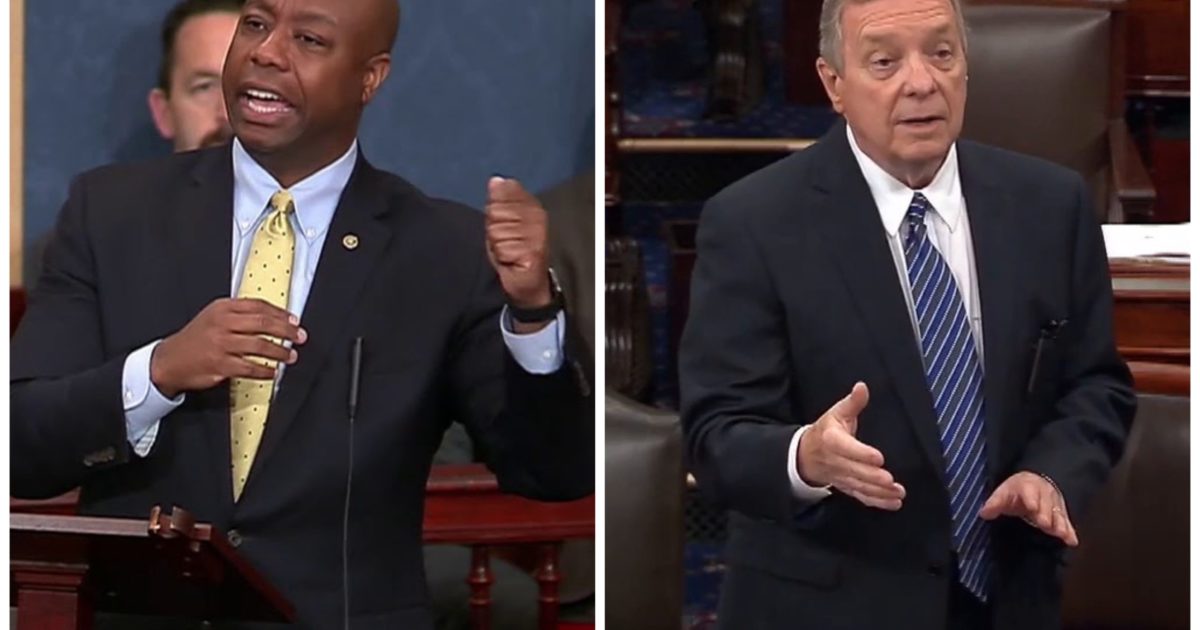 Senate Republicans unveiled their own version of police reform bill dubbed the Justice Act, a week after the House Democrats unveiled their own overhaul version of police reform. Spearheaded by Scott, the chamber’s lone black GOP lawmaker, the bill would require data collection to track officer’s use of force, requires law enforcement agencies to send the Attorney General reports to track “no-knock” warrants, and provides incentives for chokehold bans. It would also provide grants to increase the use of body cameras and it makes lynching a federal crime.

After the Senate Republicans introduced their measure, Durbin cautioned lawmakers against doing any police reform that is “a token, half-hearted approach,” while saluting the two only black Democratic Senators — Kamala Harris of California and New Jersey Cory Booker for their work in creating the Democrats’ version.