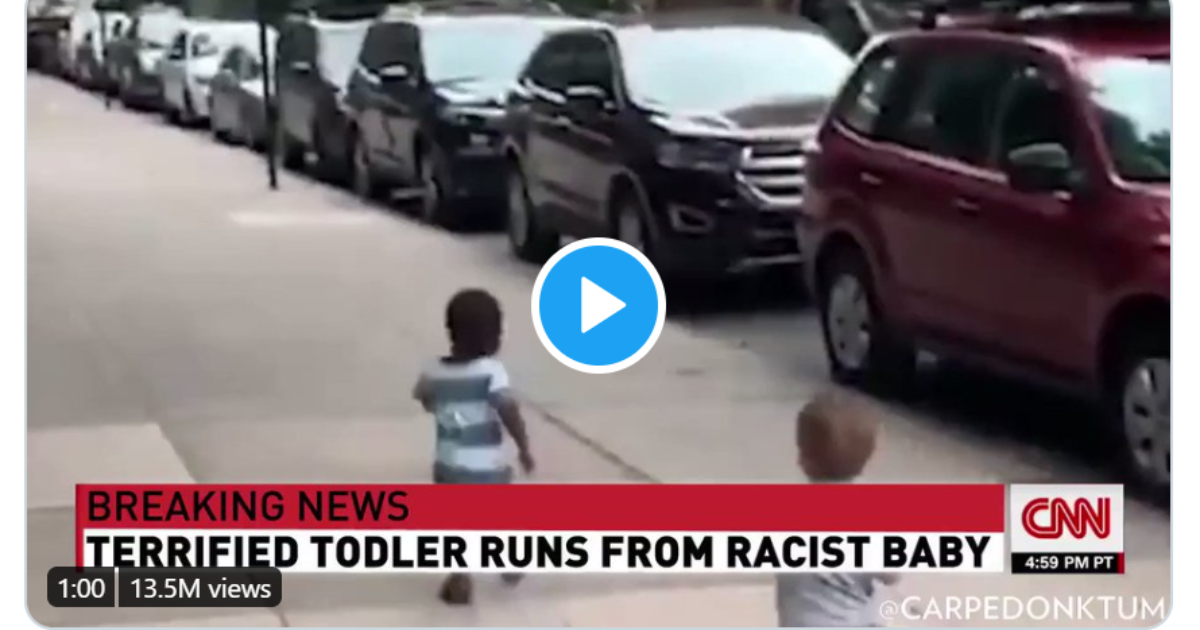 Twitter is back waging war against President Trump tweet, this time disabling a video on a tweet he posted earlier Friday after initially flagging the clip as “manipulated media” that included a clip of a black toddler and a white toddler edited with a CNN chyron reading “terrified toddler runs from racist baby.”

“This media has been disabled in response to a report by the copyright owner,” the message reads a message when users try to view the video.

The video, created by pro-Trump satirist Carpe Donktum, begins by showing a black toddler running away from a white toddler with a CNN chyron that reads, “Terrified toddler runs away from racist baby,” followed by another chyron right after, “Racist baby probably a Trump voter.”