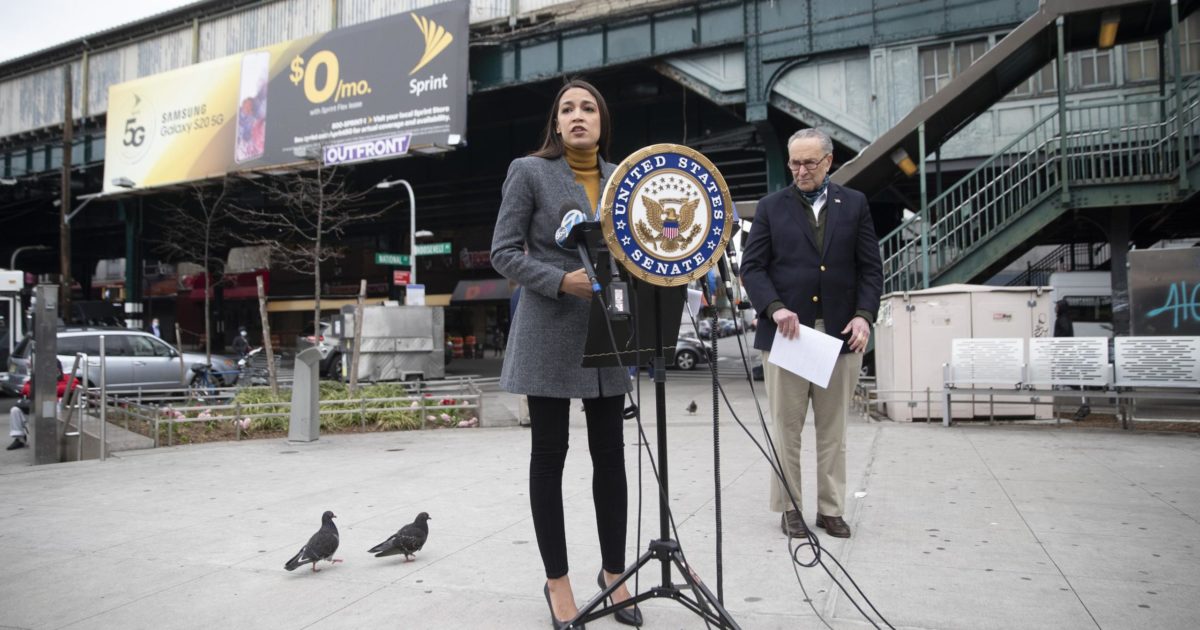 President Trump tweeted that Rep. Alexandria Ocasio-Cortez (D-NY) “would win” a Senate primary election against Senate Minority Leader Chuck Schumer (D-NY), predicting not only would she win, but “would be a big improvement.”

“Actually, that would be a big improvement – and she would win!” Trump quote tweeted in response with the recent Washington Times article about liberals raising the prospect of a potential Ocasio-Cortez vs Schumer showdown in 2022.